Scotland-bred and London-based, Cocoa Futures are the brainchild of frontman Greg (vocals/bass). They specialise in pristine pop harmonics crossed with a taste for the unexpected. Greg assembled a band including Dave (drums), Zoe (keys) and Jack (guitar) and first came to prominence in 2014 through the self-released upbeat singles ‘Do Something’ and ‘Scotland’, while commanding distinguished reviews for their select live shows, which included the Great Escape and Camden Crawl festivals. 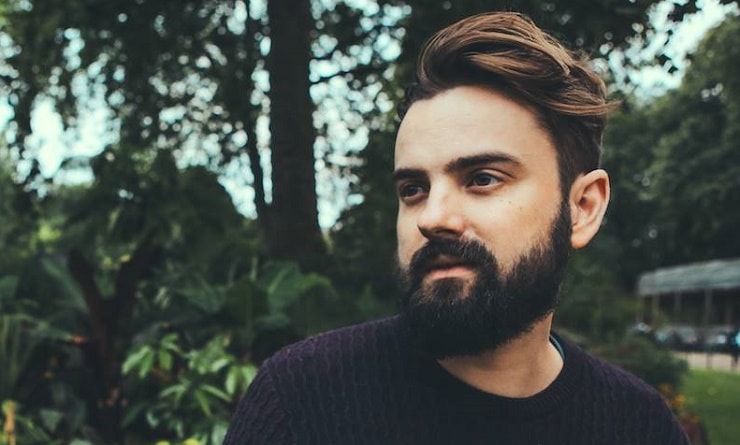 This early promise served as a staging post for the band to determine their musical direction and decamp to the studio to write. And write. Crafting and developing manifold demos became a daily pastime for Greg and when he sent a batch of these over to producer Marc Withasee (Micachu & the Shapes), the pair bonded over a love of ‘messed up’ pop and the producer was instrumental in setting tempos, tweaking arrangements and bringing out the band’s penchant for building tracks around loops and effects as they collaborated on the ‘Blue’ EP, completed in early 2016. When Greg shared the results with Lost In The Manor Records, the label wasted no time in offering the band a contract. ‘Blue’, mixed by Max Taylor and mastered by Jason Mitchell, is immediate yet intriguing, a collection of fantastic pop moments wrapped up in music of great depth, and its release seems set to propel Cocoa Futures to the frontline of UK pop’s key innovators.

“In the end, you’re everything you do”. Evolving stylishly from electro-funk stabs, twisted loops and delicious breaks, the multilayered treats of ‘Bee’ build around a sweet offbeat guitar lick and rumbling root-note bass. As the song flowers into its expansive soundscape of punchy indie melodiousness, vocalists Greg and Zoe harmonise towards an instantly uplifting hook of a chorus, primarily a riff on the old adage that actions speak louder than words. Says Cocoa frontman Greg: “We can’t, and we shouldn’t, be able to tell a story about ourselves, if our actions don’t match up — that’s really important whoever, or whatever, you are.” Whatever you are? “This song plays with the idea that different animals might experience emotions that we might not expect,” explains Greg. “I like how the lyrics have an almost children’s song vibe about them – coupled with a pretty filthy bassline.” It’s a sonorous coupling, for sure, and in-keeping with the song’s theme, ‘Bee’ can declare itself a certified leftfield anthem with no fear of reproach.