Formed in 2007, Cloud Control are an award-winning indie rock band from the Blue Mountains, just outside of Sydney, Australia. With a dreamy sound that blends elements of folk, psychedelic pop, and synth pop, the quartet, made up of Heidi and Ulrich Lenffer, Alister Wright, and Jeremy Kelshaw, made their debut in 2010 with Bliss Release. The album would go on to win the band the Australian Music Prize, as well as pulling down nominations for the ARIA awards. Their sophomore album, Dream Cave, arrived in 2013.

Cloud Control says: “Sometimes people will say we sound similar to a certain band but they can never agree on which band. For example a person will say “Oh yeah you guys sound just like the Go-Betweens” but then someone else will say “Wow, you’re really into Talking Heads”. As far as style goes, the only thing the four of us have in common is that we like to record on tape, mostly with roomy mono sounds. It is also cheaper to record that way. As people we listen to a range of different music (this year in the van it’s been Clams Casino, Fleetwood Mac, Tamaryn, Nas, Kurt Vile, Biggie Smalls, Pavement, Deerhunter and other stuff) but when we get together we make pretty classic sounding guitar music with organs, reverb and songs. Surrealistic Pillow by Jefferson Airplane is a great album. It was so nice back then how you could write straight-up love songs and they were just taken at face value. Now sometimes songs seem clever and cryptic even though you’re basically trying to say the same things.” 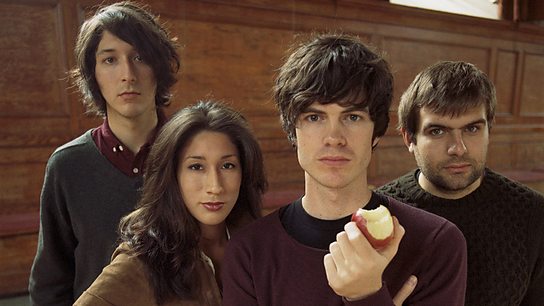