Skip to content
Home » Music » CJ Hilton – I Luv It

The son of a gospel vocalist, Baltimore, Maryland native CJ Hilton comes by his talent naturally. Growing up, the 21-year-old singer honed his enormous talent singing in church. Skipping the traditional talent show route, CJ’s skills earned him an immediate signing with Washington, DC-based production company Backwoods, known for their work with R&B favorite Ginwuine, who got him a meeting with Sony head Tommy Mattola. After a short stint at Mattola’s Casablanca Records, CJ landed at Capitol. Like many artists, CJ wasn’t done label-bouncing, parting ways with that label after three years. He recalls, “They didn’t really understand my project.” But it wasn’t a wasted union — during his time there, he was fortunate to work with Grammy Award-winning musician Raphael Saadiq. The two remained in contact, which lead to an appearance and writing and producing credit on the track “Never Give You Up.” The song was included on Saadiq’s 2008 disc The Way I See It and also featured Stevie Wonder, leading CJ to his current deal with J Records. As if CJ’s broad range and ability to navigate staccato with ease isn’t enough of a draw on his forthcoming as-yet-untitled debut, he’s also snagged a band of heavy-hitting producers to bless the project. In addition to Saadiq, the album features contributions from Bangladesh, Salaam Remi and Marsha Ambrosius, among others. On working with Remi, CJ reveals, “Our sessions are really experimental. There are no boundaries really. We just make good music. It’s the same with Raphael — we don’t go in trying to come up with ‘the single’ or the ‘best song’ we just go in and have fun and a lot of times those songs turn out to be the ones that everyone thinks my single should be.” Of Ambrosius, he says, “My process with her is a lot different from a lot of other producers because when we work she already has the lyrics and everything together. She’s amazing.”

CJ Hilton – I Luv It

A talented writer and producer in his own right, CJ plays multiple instruments — most of which he learned from his days in church — and writes most of his music. He draws from his experiences as well as those of his close friends, with topics covering “women, to how hard it is being in Baltimore, going to parties and having fun, just anything.” On the track “It Ain’t Easy,” he talks about a widespread experience facing many young parents; the hardships of dealing with the baby mama. But he notes it’s not one-sided. “A lot of my homegirls in Baltimore [go through the same thing]. It’s just real-life situations that I hear about all the time.” The Bangladesh-helmed lead single, “Slow it Down,” offers up the producer’s signature East Asian-flavored style. CJ muses, “It’s a party joint but it’s just exotic, different.” CJ describes his sound as “soulful but young.” While he cites influences such as Usher and R. Kelly, he also admires old-school veterans like Stevie Wonder and Marvin Gaye, and he’s on a mission to represent old soul from a young perspective. “I don’t feel like there are any young soulful dudes, like Musiq Soulchild, John Legend — I feel like a lot of young cats are scared to do stuff like that. So I wanna be the ringleader and make it happen.” CJ’s long-term goals include, of course, winning a Grammy, but also doing more production for other artists.

CJ Hilton – I Luv It Lyrics: 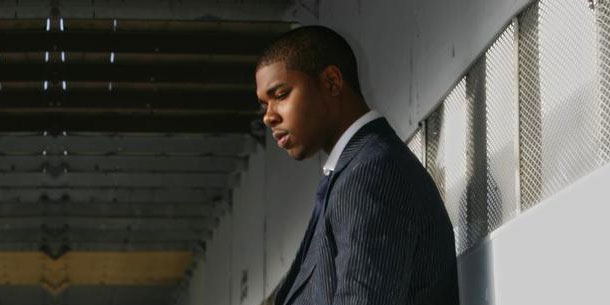