Twenty one year old Chris Batson is a Los Angeles based artist with an amazingly diverse sound. Drawing from relationships with friends, current & past women and his own inner conflicts, Chris is able to paint pictures from his volatile, unstable life experiences, emotions and thoughts. Crafting melodic hooks and impactful verses, Chris’s repertoire has continued to evolve thru the years composing masterful instrumentals to go along with his thought provoking lyrics. Expect the unexpected, as Chris unveils his ever-evolving sound to the world.

“The reason I write is to inspire hope.” For vocalist and producer Chris Batson, music is a window to the soul, a conduit and a conversation that reveals the inner self through beats, synths and bittersweet lyrics. On his brooding but honest EP We Got Lost Along the Way, his soulful voice is the light that cuts through the fog; parting the hazy, swaying rhythms with fragile power – soaring, lilting and holding on to each and every note. If Batson’s music burgeons with an undercurrent of urgency, it’s because he has a message. “You can’t wake up in the morning and not be yourself,” he says. “My music is raw and personal; they’re all songs that really happened to me.” The Los Angeles-based musician explores emotional landscapes that transcend far beyond his 22 years, reflecting his inward struggle for a sense of place. Growing up in Orlando, Florida, Batson felt isolated in his hometown. His parents’ divorce fractured his sense of home. Then he found music. At home, he’d produce beats and songs on bare bones production software that offered simplicity and structure. “Back then I was looking up to Neptunes, Dr. Dre, and Timbaland,” Batson says about the early mixtapes he produced, which got him local attention for his subtle, yet compelling beats. “Back then, it was all R&B and pop stuff, which got me heard. But now I’ve evolved into a more dark, ethereal, and gritty sound.” The turn toward complex emotional textures came Batson’s existential ardor that reflects the realities of a listless life. “I had dropped out of college and I was back home in Orlando. My friends had all moved away, and I was all alone,” he says. “It was just me and my music.” His mostly self-produced works are sleek and styled, they’re streamlined affairs that show none of the overwrought largesse typically engendered by homemade beats. We Got Lost Along the Way is powered by Batson’s unfiltered lyrics that traverse themes of love, loss, and hope against all odds. On “Windows,” the stark and minimal ode to heartbreak, his voice is the pillar holding up the song, proclaiming, “You came and went with no regret.” Batson explains, “It’s a song that says it’s not about the sex, it’s not about the title, it’s because I really do love you. It’s not a facade, I love you legitimately.” The rolling drums and forward-marching grooves of “Tomorrow Will Be Better” scaffold his vocal melodies and swaggering rap flow that address crises of faith and investigations into his sense of self. The heartbeat pulse of “Wintertime” acts as the canvas for Batson’s aural portrait of a particularly challenging struggle he faced. “It’s a song dedicated to my unborn child,” he confesses, “my girlfriend told me she was pregnant, and I thought that maybe being a father would bring me out of the dark place where I had been. In that moment I wrote this song, and it turned out that she actually wasn’t pregnant. So this song is an echo of that moment of having to step up.” Batson’s music is melodic, sometimes melancholy, but above everything else, true. Each song is a document of a universal feeling, those moments of getting lost and finding your way again. Through his own stumbles, Batson wants to show how to pick yourself back up, to persevere, and perhaps music can provide a guiding light out of the darkness. “I want people to know they’re not alone, that through song, we feel things together.”

Chris Batson – We Got Lost Along The Way EP 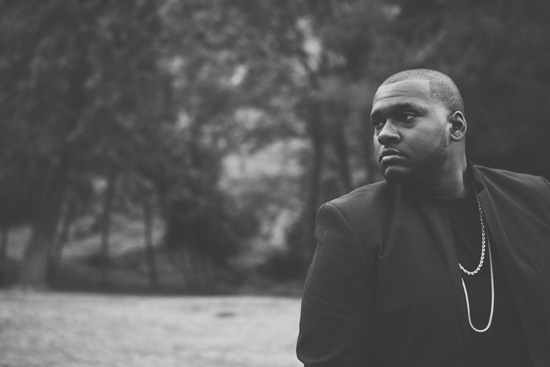