It’s 2014 and Ed Cares sits contemplating the formation of an oxbow lake. Despite being one of west London’s most in-demand male nannies, Ed isn’t entirely content with his lot. But, overheard humming a song he had written years before, Ed is persuaded by Katie, aged six, to form a band. Josh, eight, boldly proclaims: “You’re probably my second favourite artist after Katy Perry.” And so, after sourcing some neighbourhood musicians capable of living up to Josh’s heady billing — specifically Emma Topolski (bass), Rich Legate (guitar) and Glyn Daniels (drums) — Ed now had an able band to perform with under the only logical moniker in the circumstances: Childcare. 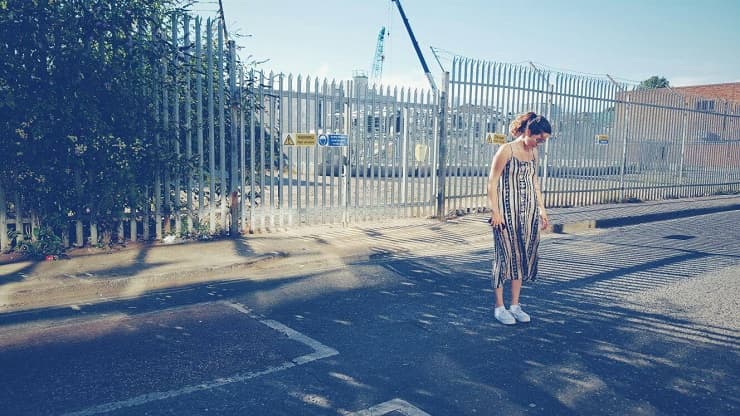 Enthused with the energy of punk, drenched in the off-kilter pop sensibilities of Missy Elliot, the infectiousness of The Police and a by-numbers approach to songcraft akin to Happiness In Magazines-era Graham Coxon, Childcare played some of their first shows at the Reading and Leeds festivals, and soon released their debut single ‘Omega Grey’. The song gained radio play from Annie Mac, Huw Stephens and Steve Lamacq, was named Track of the Day at Radio X, playlisted at Amazing Radio and garnered extensive blog coverage from the likes of Clash, Indie Shuffle and more. Also paying close attention were Lost In The Manor Records, who, after witnessing Childcare at one of their vivid and visceral live shows, wasted no time in proffering a contract.

Channelling post-punk, slacker rock, G-funk and bhangra, ‘Film Club’ – inspired by Childcare singer/songwriter Ed Cares’ trips to cinematic gatherings in order to impress a fellow attendee – evolves from unruly beginnings into a lick-laden dual-person narrative rich in celluloid reference. Set this to a jagged guitar refrain and riotous global beat, and you have a track brimming with killer hooks, cultural nous and compelling wit. One for the canon of intelligent British pop, ‘Film Club’ is a key exemplar of Ed’s smart, skilful songcraft, as well as his band’s singular sensual verve and ear for the cream of new wave.