Skip to content
Home » Music » Chelsea – Time For That

Chelsea – Time For That. 2014 has ushered in a new coming of artists and in that welcomes newcomer Chelsea into the R&B genre. For as far back as she can remember Chelsea’s world has been filled with music. From the quintessential “Dreamgirl” bathroom mirror performances to singing for her parents and two siblings, this R&B darling has been waiting to take her place among the ranks of the greats. “People would tell me that I could sing, but my parents really gave me the confidence to step up and give this my all,” says Chelsea. With that push, Chelsea buckled up for a ride that would prove to be like nothing she’d ever experienced. Being that the petite GA peach-in-training has always been competitive, playing every sport from Basketball, Swimming, Soccer and even Cheerleading, she admits that the spirit of winning and impressive performance has run through her veins. She does recount, however, that she was a tad nervous about her first vocal performance. Chelsea serenaded an audience of her peers at a 5th grade talent show with her rendition of Corinne Bailey Rae’s Put Your Records On. The rush from being on stage and the praise from her peers made the reward far outweigh the butterflies in her stomach and she was certain that she would commit to becoming a star. She translated her sports work ethic to preparing for her debut as an artist at the 2013 Sweet Auburn Festival. “There were a lot of people, including my friends and family in the audience to support me,” says Chelsea. “It’s a moment I will never forget.” 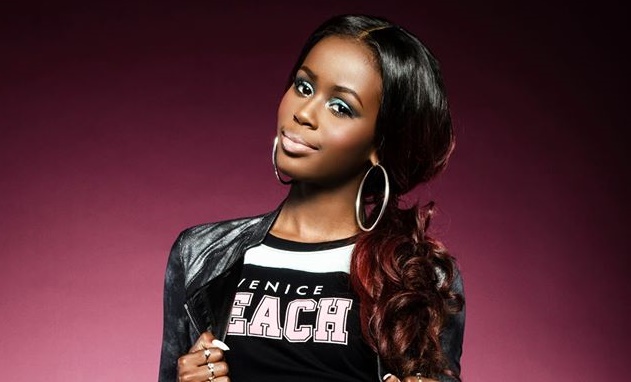 Although she is still young, Chelsea is dedicated to reaching her dreams, with a personal goal of winning a Grammy and earning a spot on the Billboard top ten charts before she turns twenty-one. The mere fact that she channels the energy and confidence of female singers such as Brandy, Rihanna and the late Aaliyah is proof enough! She understands the journey to superstardom isn’t an easy one. “Because I’m doing what I love I don’t mind working hard,” she says. She also knows that whenever she feels like she wants to give up her family is always there to cheer her on. To materialize her dreams, Chelsea is being guided by industry veteran Malcolm Lee’ and his Upper Echelon Music Group imprint.

Chelsea’s new single, “All I Do” featuring Ca$hOut and Bandit Gang Marco is the result of countless hours in the studio and is now in rotation in several markets and on Music Choice. Chelsea feels like the song is the perfect single to debut from her upcoming album. “I know most people can relate to that song. Everyone has felt like that about someone at some point in his or her life,” she says. Currently Chelsea is preparing to open for Mindless Behavior and performing cuts from her upcoming album around the U.S. a star has been born and is gearing up to shine.

Chelsea – Time For That

Chelsea – Time For That Lyrics: