Anyone who thinks that rock music is dead has not been following the stream of new singles that have been emerging from songwriter and recording artist Carly Jamison over the past 6 months. 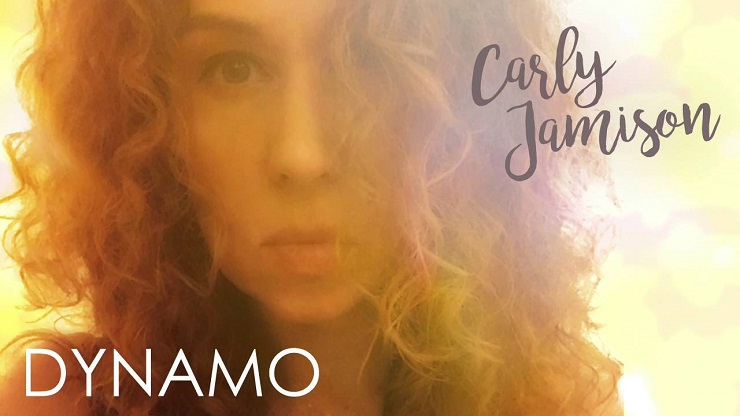 First there was the ‘The Devil’s Trying To Bring Me Down’ which graced Halloween party playlists world-wide. Then there was ‘Christmas May Have To Be Postponed’, a brand new, original Christmas song inspired by vintage rock and roll that reached #1 on the Hypem Twitter Music Chart. ‘100 Goals’ ushered in the new year with high intensity blues rock to super-charge New Year’s goals and resolutions, and now, just in time for tornado season, she has announced the release of ‘Dynamo’, an exciting brand new rock and roll song.

Announcing it today on her website at carlyjamison.com, she said, “It’s a totally autobiographical song. There are several people in my life who have told me that when I visit it’s like a tornado or hurricane hits, so I thought that would be a fun subject for a song! Plus, I just started hearing it playing in my head one day so it really just wanted to write itself.”

The single was produced by Tres Sasser who also produced her previous singles. He said, “We were inspired by 80’s guitar riffs and mixed them with stacked Prince-like vocals that are instantly memorable. The song moves and hops seamlessly through the 80’s, 90’s, and 2016 and takes the idea of a sing along solo to a new height. Chris Tench’s guitar work really complements the subject matter and seals the deal musically.”

It was recorded at The Sound Shelter in Franklin, TN. Players on the track include Chris Tench on guitars, Tres Sasser on bass, Elton Charles on drums, and Mike Webb on keyboards. It was engineered by Brett Ryan Stewart and mixed by Joe Costa (known for his work with Ben Folds, Ke$ha, and Brad Paisley) at The Sound Shelter. It was mastered by Pete Lyman at Infrasonic Mastering (known for his work with Jason Isbell, Courtney Love, Fall Out Boy, Sturgill Simpson, and others.)