A power trio of brothers whose close knit bond has quickly produced a sound beyond their years. A unique blend of classic rock/surf /psychedelic with a modern sensibility. Canto’s debut album “Ha Ha Ha” has received critical acclaim and the video for their first single, “Farewell Well Well”, was aired on MTVU for 12 weeks and featured on MTV’s “120 Minutes” for 8 weeks. In the spring of this year they released an EP “Ride Away”with multiplatinum producer Bryan Carlstrom (Alice in Chains, The Offspring) and Dwayne Larring. The video for “You Know”, the first single of their EP has just debuted ( (Aug. 21, 2013) exclusively on RyanSeacrest.com. Canto will be performing at the Big Horn Musical Festival on Mt. Baldy (Sep. 8, 2013), the LA County Fair Battle of the Bands (Sep. 19, 2013), and the CBGB Music and Film Festival in New York City (October 2013). 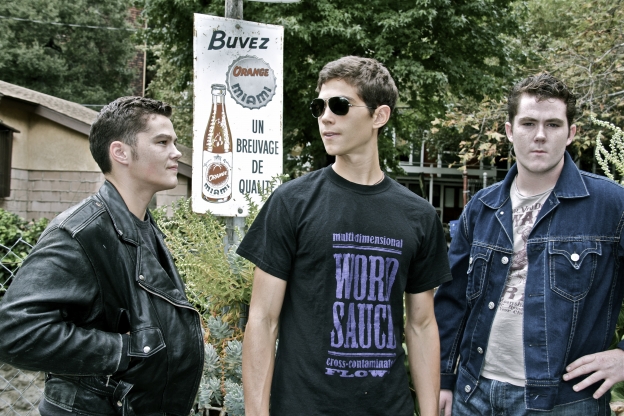