Canary formed back in 2007 when songwriter Matthew Kenneally brought together a beat-boxing trumpet player and an eccentric violinist to perform his songs on a lonely winter’s night in Northcote. Times have changed since then. Canary now fit a more traditional format with guitars (Matthew Kenneally, Adam Dean), drums (Lachlan O’Kane) and bass (Isaac Barter)… and trumpet (Ed Fairlie). The band draws from a broad base of influences and has established its reputation as an engaging live act built upon the unsettling honesty of Matt’s songwriting. In late 2011, Canary released their self-produced debut album, Dear Universe. Mixed and mastered by Isaac Barter, Dear Universe received high praise from the likes of renowned Australian music producer, J Walker (Machine Translations), who described the album as “a truly impressive piece of work featuring great songwriting, creative arrangements, [and] a fascinating range of styles and instrumentation.” In recent times Canary have played with the friends they’ve made along the way, including Jackson & Jackson, James Teague, The Fearless Vampire Killers, Seagull, The Twoks, Blackchords and many others. 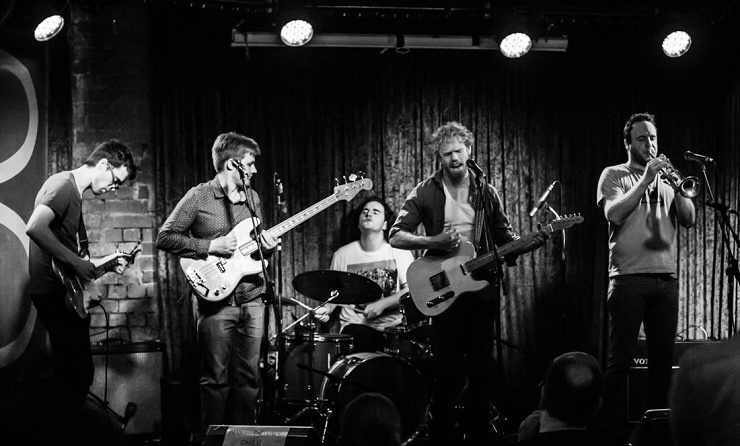 Women’s Business’ is their best offering yet, it is hushed, rugged and sweet all at once. Kenneally’s performance is understated and alluring, tongue-in-cheek and with a playful charm in its delivery. The warm tones and catchy progression makes ‘Women’s Business’ a song that sticks in your head.

Canary – Women’s Business Lyrics:
Your room’s a disgrace
outside you’ve filled your ashtray
you sit and stare for days
at a blank canvas

everybody is getting nervous
you’ve told too many

how’s it gonna turn out?
just splash the paint around
no need to plan it out
it’s always been your style

and when, she left
she said she could finally breathe
so free, at last

lately I can’t sleep
been lying through my teeth
do I inspire you?
just tell me what to do…