Camryn’s early experience with performing was just like having a fear of skydiving, only to do it and immediately want to jump again. With her bold spirit and unapologetic panache, she may not seem like the kind of artist who would suffer from shyness, but after taking a deep breath and a huge leap of faith during a local performance, she was hooked on living life on the stage. The Denver-born, LA-based singer and songwriter says “I didn’t let the fear shut me down. It inspired me. You know how some people love the adrenaline of bungee jumping off a building, and some people are like, ‘You’re insane’? For me, performing is that. I knew it was a feeling I wanted to have every day.” Notably, Camryn carries that unabashed confidence into her music — a spunky blend of guitar-driven rock and pop that showcases her bright blast of a voice and straight-talking lyrics. Though she has toured extensively with pop-oriented artists, Camryn says she feels a special affinity for such rock-loving female artists as Paramore’s Hayley Williams, Avril Lavigne, P!nk, Gwen Stefani — all of whom have influenced her edgy and colorful style. One of her favorite songs is Rihanna’s “Rockstar 101.” “It makes you want to rock out and feel like a total badass,” she says. “That’s the feeling I want to create for people with my music.” 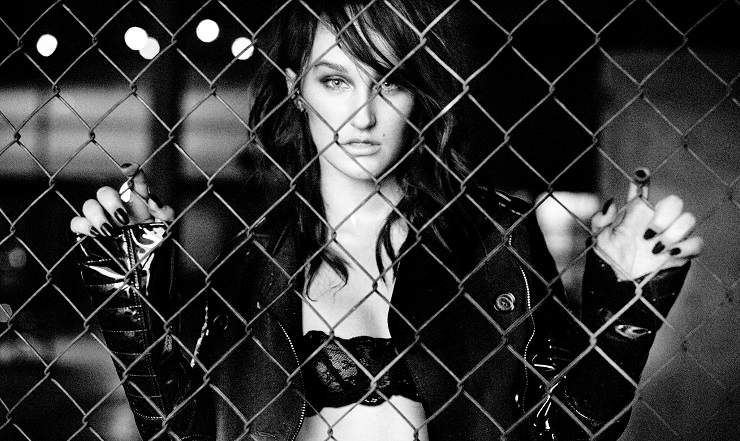 In addition to singing, Camryn has been writing songs ever since she can remember. “I felt so accomplished that I had actually written something,” she says of penning her first tune. “It probably wasn’t that great, but it was something that felt close to my heart. That’s when I gravitated toward writing.” She quickly found management based on an early demo, began putting her songs on YouTube in 2010, and the same year released her first single “Wait and See,” which was handpicked to be the title track to the 2011 film adaptation of the best-selling children’s book Judy Moody and the Not Bummer Summer. A series of independent singles followed: “Summer, “Set the Night on Fire,” “Now or Never,” and 2013’s “Lovesick,” which earned Camryn the distinction of becoming the youngest indie act to chart a song in the Billboard Top 40 since LeAnn Rimes did it in 1997.

Now, Camryn returns with an anthemic new single “Machines,” that features her stand-out vocals and an instantly infectious chorus. The track, out March 25, will head to Top 40 radio in early April. “Machines is a very powerful, and empowering, song,” says Camryn. “As an artist, I want to reach as many people as possible with my music, and make people feel something all over the world, in any culture. I think anyone can relate to being so laser-focused on something, or wanting something so bad, that you will work as hard as you can to achieve it. The idea of ‘and we do it like machines’ is my way of saying ‘I’m going full steam ahead with my music – who’s coming with me?!’”

Over the past few years, Camryn has attracted a loyal fan base through her independently released singles as well as through touring around the globe. Camryn joined One Direction’s 2012 “Up All Night Tour” in the U.S., followed by their 2013 “Take Me Home Tour” of Europe, which included 12 sold-out shows at London’s 02 Arena playing to 60,000 people each night. She also opened for Cody Simpson and Greyson Chance’s “Waiting For You Tour” and played at nearly 100 schools for more than 80,000 students during her own Back 2 School Tour, amongst many other gigs.

Now signed to ReignDeer / Maverick Entertainment, led by Larry Rudolph (Miley Cyrus, Britney Spears) and Rebecca Lambrecht Warfield, 16-year-old Camryn is in the studio working with Grammy winners Linney and Q (Kesha, Gwen Stefani) as well as producers Kipp Williams and Dan Muckala on songs for her debut EP due this year. Following her EP she will be playing shows in various cities and releasing merchandise for fans to purchase. “Performing is my favorite thing,” she says. “Onstage is where I can truly be free. That’s what I like about not having choreography or a set plan; I can do whatever comes to me in the moment. It’s my free space. Hearing the crowd and just singing your heart out, it’s the best feeling in the world. I can’t tell you a single thing that makes me happier than being in that moment.”

Camryn: Machines Lyrics:
Hand on the globe spinning with gold
We’re gonna get there fast or slow
You take the gears I lose control
Whoa. Bring me to life
Give me that spark
Shot in the dark to this steel heart
You shut me down then crank me up
Whoa