Call of Juarez: Bound in Blood is a Western-themed first-person shooter video game set in the years of 1864-1866. Call of Juarez: Bound in Blood was announced on January 14, 2009. Developed by the Polish developer Techland and published by Ubisoft, it is a prequel to Call of Juarez. The game was released for Microsoft Windows, PlayStation 3 and Xbox 360 on June 30, 2009. The story begins with the brothers Ray and Thomas pointing their guns at each other. William, their younger brother, laments that his brothers have become mortal enemies, saying that they were family. A gunshot is heard. Two years prior, in 1864, Ray and Thomas are fighting in the American Civil War on the side of the Confederacy. After they defeat the enemy, they are ordered to retreat to Jonesboro. They refuse, deserting their posts to save their home from Union troops. When they arrive, they find their mother dead. Ray promises to rebuild their house, and knowing their superior Colonel Barnsby will not let them off, they flee, taking their young brother, William, with them. Colonel Barnsby arrives few hours later, telling O’Donell, their superior, that he will track them and hang them personally. In present time, 1866, the McCalls decide to head to Mexico to find the Lost Treasure of Cortez, with the intent of using it to rebuild their home. Later, while in a Mexican saloon over in San Lorenzo, a woman named Marisa catches Ray’s attention. After coming to her aid when she is harassed by some of the saloon’s patrons who tried to take her away, the McCalls are invited to dinner at her home, which they accept. There, it is revealed that she is the mistress of Juan “Juarez” Mendoza, the most notorious criminal in Mexico. She flirts with Ray and leads him on when he says he would kill Juarez just to be with her. After the meal, Juarez lets them in on his plan to find the treasure, promising them a share of it if they help him. He first asks the McCalls to take out a man named Devlin, who is also going after the treasure, and who killed and tortured hundreds of residents, claiming their lands. Elsewhere, an Apache tribe plans to make war on “the white people”. Their leader, Running River, orders his son, Seeing Farther, to obtain over 300 rifles for the tribe. They say that they will get the guns from the people that hate the whites, like them. Running River explains that he will give the medallion to them to get the rifles. Wikipedia®. 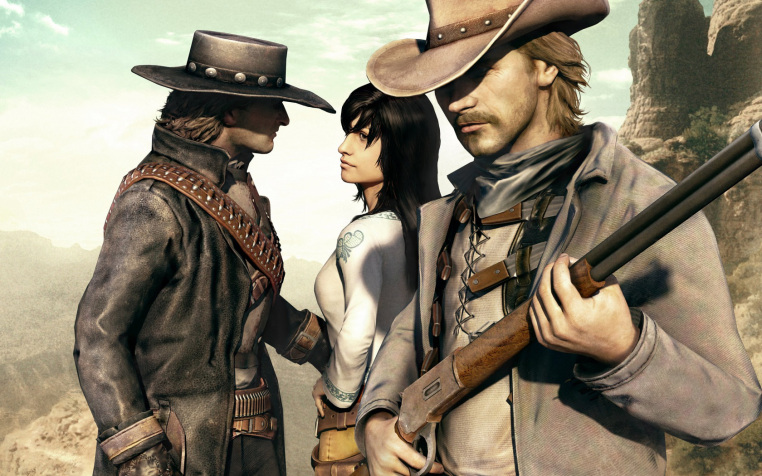