Call of Duty: Ghosts is a first-person shooter video game developed by Infinity Ward and published by Activision. It is the tenth main installment in the Call of Duty series, and the sixth developed by Infinity Ward. The game was released for Microsoft Windows, PlayStation 3, Wii U and Xbox 360 on November 5, 2013. Ghosts will also be the first Call of Duty game available on the PlayStation 4 and Xbox One, as launch titles for both consoles on November 15, 2013 (November 29, 2013 in Europe) and November 22, 2013 respectively. Call of Duty: Ghosts is set in an alternate timeline that follows the nuclear destruction of the Middle East. The oil-producing nations of South America form the Federation in response to the ensuing global economic crisis and quickly grow into a global superpower, swiftly invading and conquering Central America and the Caribbean. The Federation hijack the controlling space station of the Orbital Defense Initiative (ODIN)[10], an orbital superweapon that utilizes kinetic bombardment, and use it to destroy several cities in the southwestern United States. The surviving American astronauts sacrifice themselves to self-destruct the space station and prevent the other ODIN satellites from launching their payloads further inland. Elias and the young Logan and David narrowly escape the destruction of San Diego, California. By 2023, the United States has fought the Federation to a stalemate along a front that comprises the destroyed cities. Logan and David join their father as members of the Ghosts, part of a broader effort by the United States military to drive the Federation out of the US and end the war once and for all. Wikipedia®. 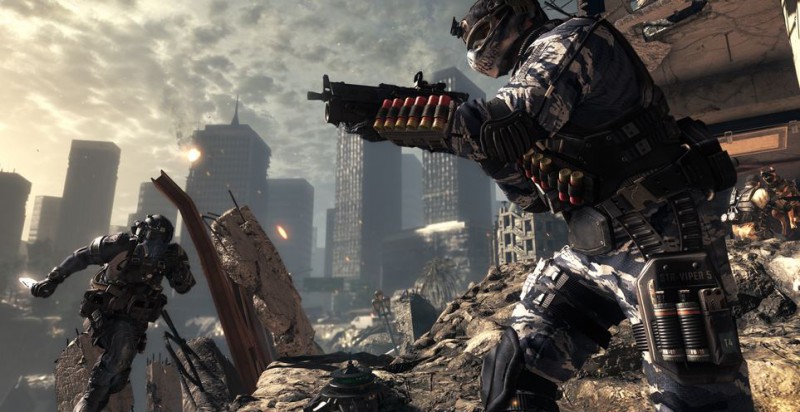