Following on from her highly acclaimed 2014 sophomore album ‘Contra’, Swedish-native Cajsa Siik returns with her latest full-length ‘Domino’, due out on the 10th May (Scandinavia/World) / 2nd June (UK) via Birds Records, and will include the new singles ‘Talk To Trees’, ‘White Noise’, and ‘Empire Mine’. Much like her previous releases, Cajsa Siik aims to inject a pop sensibility into an avant-garde and experimental disposition. Giving her a sound that is both accessible and atmospheric in the process. Recorded in Stockholm with producer Rolf Klinth, ‘Domino’ sees the songstress embark on a much bolder direction than in her previous material that still manages to maintain her core sound. The record’s lead single ‘Talk To Trees’ displays her new intentions perfectly as she uses her collaborations with Thomas Hedlund (Phoenix, Deportees), Rasmus Kellerman (Tiger Lou) and Calle Ekerstam to add texture and depth to the single, making it the perfect introduction to the album ahead. Describing the track as a, “colourful dreamy zone where I felt connected with reasons and beliefs. Like a subconscious talk with nature. Like a blessing or a blind spot.” 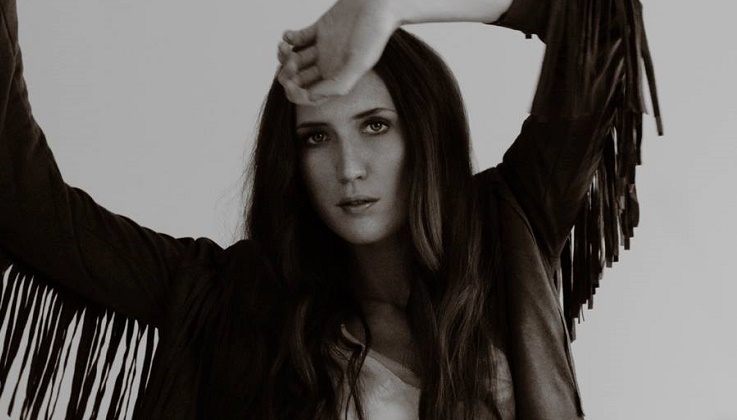 Speaking about the record, Cajsa Siik explained that, “DOMINO can be described in two different ways. First I wanted it to represent the fact that we’re all connected to each other and that we have a responsibility towards each other and this world. To shoulder that responsibility is easier said than done, but we must try. Be aware. Not only mind our own business. I’ve given that a lot of thought lately. Secondly, every song on this album depends and relies on the other. Together they create a unit and the unit is supposed to be diverse. I aimed for creating a dynamic album.” With comparisons to fellow Scandinavian’s Lykke Li, Cajsa Siik’s transcendent voice, accompanied by ethereal and harmonious production, has helped her stand out from the so-so vocalists of today, and enabled her to gather a solid fanbase at home and abroad. Media has been all in favor of Siik’s latest releases with pieces in Noisey, NME, Q Magazine, MTV Iggy, Nylon Magazine, The Guardian, The Line Of Best Fit, The 405, Jajaja, Vice, USA Today and BBC6 Music to mention a few. In her native Sweden she’s gotten a 30 minute special on national radio P3 (Musikguiden Dyker Upp), several singles in rotation at the channel, as college radio #1, as well as main TV performances in SVT Gokväll and SVT Babel. In 2015 Cajsa made her first impact on the German market with a #8 on the German college radio charts with “Higher” as well as releasing a remix of the track that soon hit 5 million streams worldwide.