Following on from their 2015 ‘Adventures’ EP and standalone singles ‘Thieves’ and ‘You’ve Got Gravity’ in 2016. British rock quintet Brightlight City continue their journey with ‘Our Future’s Not Dead’, due for release on the 7th April 2017 via Undead Collective Records (distributed by Red Essential). Just short of 15 minutes in length, ‘Our Future’s Not Dead’ is a sharp burst of energy, an example of a band taking their tried and tested formula and adding further depth. Having worked with Matt Hyde (Funeral For A Friend, Bullet For My Valentine, Slipknot) on the record, the 4-track EP highlights their strengths and showcases promising growth since the release of ‘Adventures’. 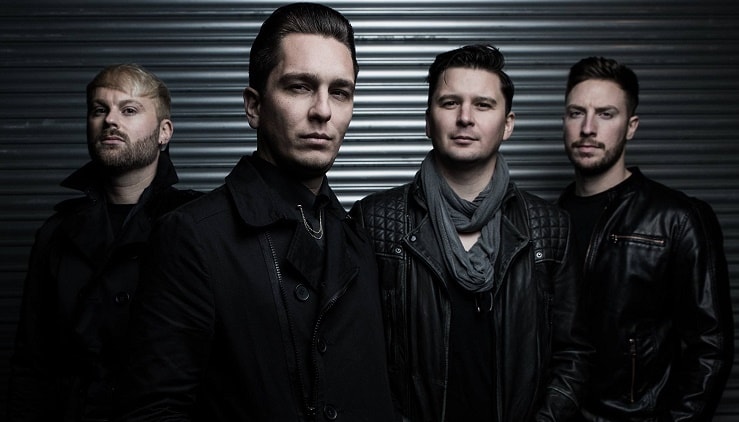 From start to finish the soaring vocals of Jamie Giarraputo weave with the backing harmonies of guitarist Justin Giarraputo and bassist Tom Stock, whilst animated rhythms and warm percussion blend to deliver an anthemic alt-rock landscape. Brightlight City’s live show has been recognised in both the UK and beyond, sharing the stage with Blood Youth, Max Raptor, Young Legionnaire & Fizzy Blood, having been shortlisted for ‘Relentless: Here To Be Heard’ in 2014, as well as winning a slot alongside Rise Against and Millencolin at Envol et Macadam Festival in Canada in 2015.

The coming months will see the five-piece take their energy-fuelled set to venues across the UK in support of their enticing new record; Brightlight City are bright sparks who show no signs of burning out.