“Bright Memory” is a first-person action shooting game,the players can control different styles of special abilities and create a set of gorgeous combos with combination of skills. It tells a adventure story of Shelia of Natural Science Research Organization (SRO). 2020, SRO discovered a material in an ancient sword which could recall dead creatures during an investigation of cultural relics crime. The third-party military organizations (SAI) infiltrated into SRO’s research institute and tried to grab the material.They changed the coordinates of the transmitter to the edge of Arctic where they found a land of sky that a large number of ancient creatures exist. SRO must stop SAI ‘s conspiracy and find out the truth. 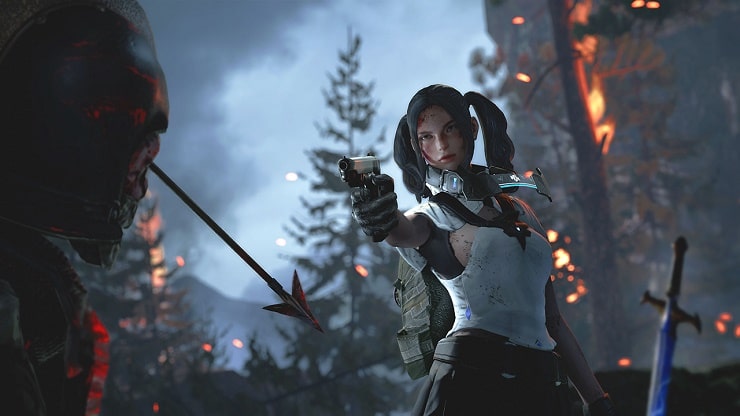 Creator Zeng Xiancheng has been working on it for a while, but due to having a full-time job, they’re not able to finish the whole thing in time, hence the early access release. Finding success on Steam will allow them to work on the game full time. The game certainly looks to be borrowing some elements from Titanfall, such as in the design of the UI and HUD. Outside of that, it looks very original, with the combat in particular being a standout. You’re able to execute sword combos in between shootouts, and you even get a tether to pull you towards enemies.