Humanitarian, entrepreneur and entertainer, BriaMarie is the first artist signed to Ethical Music Entertainment/Forever Music InC. The “Fresh Princess”, as she is affectionately known, is the sound of a new type of artistry. The Columbia, Maryland native’s singles “IDK” and “Celebrate” have recently been featured on VH1’s Love & Hip Hop: Atlanta and “Bye Boy” on MTV.com. “Bye Boy” was praised on Bossip.com as “a video with a message that’s pretty hot.” While still bangers, her music gives messages of respect, self-esteem, empowerment, morality and love. BriaMarie’s talents began to blossom at the age of three as she fervently mimicked the sounds of artists like Whitney Houston, Mariah Carey, Stevie Wonder, and Prince. By age eight, she was singing in the school chorus, reading music and mastering the violin. At age fifteen, she was regularly performing with her father in his local band and teaching herself piano. She quickly developed a flair for dance with fourteen years of cheerleading and four years of modern and jazz dance. She later incorporated dance, singing and acting in her roles in four high school musicals. As the Fresh Princess continued to progress artistically, she also excelled academically throughout high school graduated from Temple Univeristy magna cum laude with a 3.86 grade point average. Her path was predestined. Being the best in her craft meant working with the best.﻿ 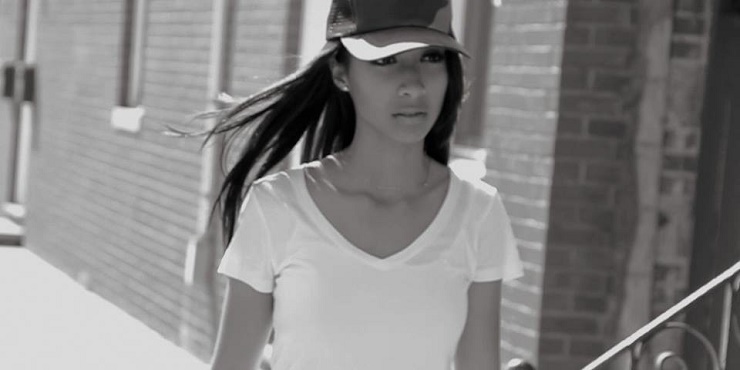 BriaMarie’s tenacity and fortitude led to a meeting with multi-platinum, Grammy award-winning producer/song-writer Carvin Haggins. After just two meetings, it was a fit. She is now the first artist signed to Ethical Music Entertainment. When asked what made her the one, Haggins responded by saying that she reminded him of himself with her sheer determination and willingness to learn. “She is a great student and her work ethic was just as important as her God given gift of an astounding vocal range.” Today, BriaMarie is very active in the community. She is an avid participator in anti-bullying campaigns including the Ethical Music Anti-Bullying Campaign with her mentor, Carvin Haggins and the Making a Difference Campaign with Philadelphia Eagle, LeSean McCoy. During each campaign, she travels to several different city and suburb schools to discuss the dangers and solutions to bullying. In 2012, BriaMarie also released the “Proud to be an American” EP as a part of her “Rock Your Right to Vote” campaign encouraging young people to vote, in which a part of the proceeds benefit disabled veterans. She also serves the homeless at Chosen 300 ministries in Philadelphia with her church. Like her mentor Mr. Haggins, BriaMarie believes her path, style, and sound is simply “Ethical Music”.