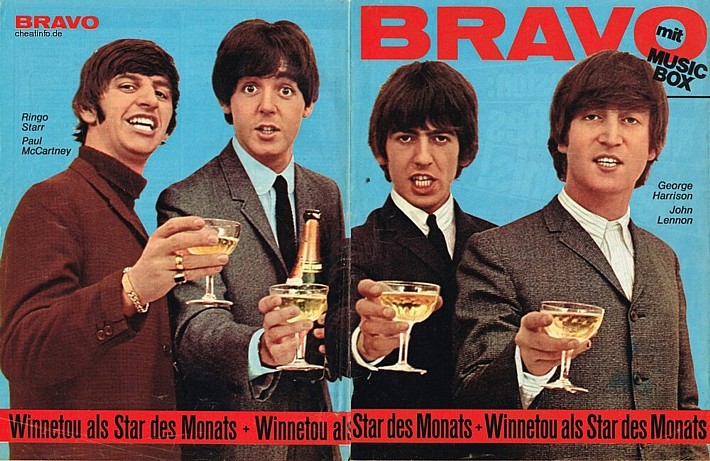 The founder of the magazine was columnist Peter Boenisch. The first issue on 26 August 1956, with thirty thousand copies printed, cost 50 Pfennig. Issue number 13/57 was released on 31 March 1957 with the new subtitle “the magazine with the young heart” („Die Zeitschrift mit dem jungen Herzen“) as well as “film, television, pop music” („Film, Fernsehen, Schlager“) which disappeared soon afterwards. Starting from issue 34/57 (13 August 1957) the magazine no longer had any subtitles underscoring its newfound focus.

In 1968 it began to be published weekly by the Bauer Verlagsgruppe in Hamburg; the editorial office however remained in Munich. In the 1970s the magazine sold more than one million copies. By 1996 each issue still sold around 1.4 million issues. Afterwards the circulation fell steeply. Today the magazine sells around 460,379 copies of each issue (Q4 2006).

Bravo covers topics which primarily interest youths, among which are current information on pop and movie stars, as well as relationship and sex counseling.