The Boxer Rebellion is an international indie band formed in London, United Kingdom around 2001, consisting of Tennessee-native Nathan Nicholson (vocals, guitar, keyboards), Australian Todd Howe (lead guitar), and Englishmen Adam Harrison (bass guitar) and Piers Hewitt (drums). They have so far released an eponymous EP, four studio albums, Exits (2005), Union (2009), The Cold Still (2011) and Promises (2013), as well as a compilation album, B-Sides & Rarities Collection, Vol. 1 & 2 (2012). The Boxer Rebellion’s third studio album, The Cold Still (2011) was mixed and produced by Ethan Johns at Peter Gabriel’s Real World Studios. The album was released on iTunes on 1 February 2011 in the United States. It was released digitally on iTunes and physically in the UK, Europe, and around the world 7 February 2011, and in France 1 March 2011. The band released a compilation album of rare b-sides and unreleased songs entitled B-Sides & Rarities Collection, Vol. 1 & 2 on 7 November 2012. They are currently finalizing plans for their 2013 North American tour in support of their fourth studio album, Promises, which is scheduled for release on 14 May 2013. Wikipedia®.

The Boxer Rebellion – Keep Moving Lyrics:
One by one I know we’ve seen some things
That could’ve torn us apart, threaten what we’ve been

And I’ve asked myself what could be more than this
And if you left me tomorrow, it is all I know I’d miss

If you default to the next in line
What will be will be for me, I’ll just bide my time

And I won’t regret, won’t feel defeat
And it won’t make any difference if I’m incomplete

But I know
Keep moving with me now
We’ve seen
The way it’s gonna be. 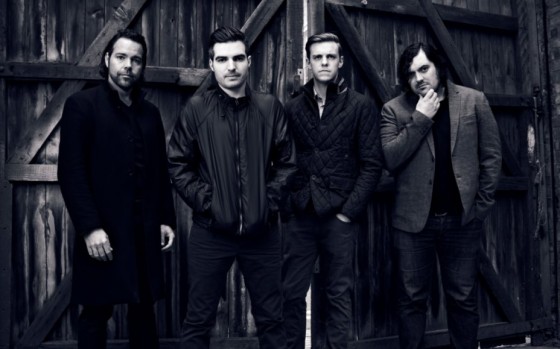