Bosch is an American police procedural television series produced by Amazon Studios. It stars Titus Welliver as Los Angeles Police detective Harry Bosch. The show, developed for Amazon by Eric Overmyer, takes its inspiration from three of Michael Connelly’s novels: City of Bones, Echo Park, and The Concrete Blonde. It is one of two drama pilots Amazon streamed online in early 2014. Viewers were allowed to offer their opinions about the pilot before the studio decided whether to place a series order. On March 12, 2014 Amazon.com ordered a full season to appear on Amazon Prime and the season premiered on February 13, 2015. On March 18, 2015, Bosch was renewed for a second season,[4] which will take inspiration from Connelly’s novels Trunk Music, The Drop, and The Last Coyote. Wikipedia®. 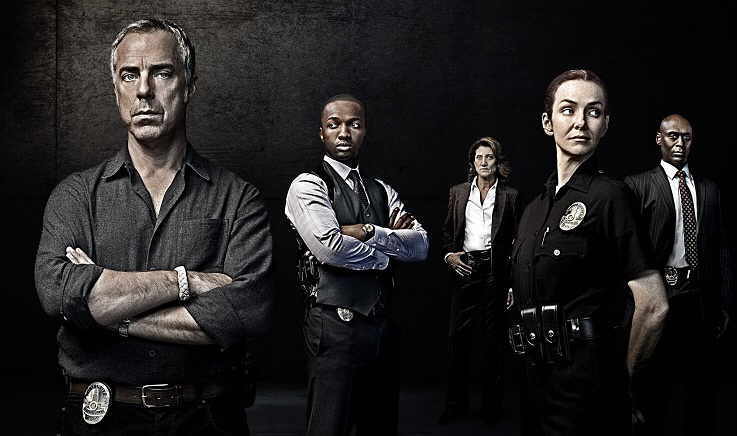 Based on Michael Connelly’s best-selling novels, Harry Bosch (Titus Welliver), an LAPD homicide detective, stands trial for the fatal shooting of a serial murder suspect. A cold case involving the remains of a missing boy forces Bosch to confront his past. As daring recruit Julia Brasher (Annie Wersching) catches his eye, and departmental politics heat up, Bosch will pursue justice at all costs.

“Bosch is the most authentic crime drama since The Wire. But where David Simon’s HBO drama cast a critical gaze that examined cops, criminals, politicians, journalists, school teachers and other segments of urban America affected by crime and the drug trade, Bosch sticks to its crime procedural roots and does it to great effect. It features pitch-perfect dialogue sprinkled with enough cop slang to feel real without losing the viewer’s comprehension in the process. Although the cases unfold at a nice slow burn, every episode furthers the narrative. There’s no “dead air” with Bosch” – FilmDispenser.com