Boldy James, the blue-collar Detroit rapper who made noise last year with his Consignment, Favor For A Favor: The Redi-Rock Mixtape and high-profile collaborations with The Alchemist and The Cool Kids, announces his commercial debut with the Grand Quarters EP, due March 5th on Decon. The EP, a lead-in to an Alchemist-produced LP later this year, is titled after a once bustling and illustrious Detroit night spot that fell into disrepair, a beacon of blight who’s reference is employed as a reminder of neglected majesty and and the work ethic it takes to overcome at any cost.
Perched above a crumbling city and documenting the ongoings, James personifies that ambition. Boldy’s is a uniquely paired-down style, relatively barren beats propped up by stanzas that fill it’s vacancies, devoid of shiny alloys. He’s a deft storyteller, spitting deceptively bare-bones bars with a distinct midwestern lean over icy instrumental avenues produced by his cousin, Chuck Inglish (formerly of the The Cool Kids), Chicago duo Blended Babies, and Huntsville heat-makers Block Beattaz. Neighbors Peechie Green, Poppy Bricks, and Kevo Da Kid make their presence known- Boldy is in good company in a town that many fled and Grand Quarters is evidence that Detroit’s not going anywhere.

Boldy James – Moochie Lyrics:
[Verse 1: Boldy James]
I nicknamed everythang; Nicknamed Moochie
My dank Mary Jane and my Big Chain Julie
A deuce is a split. A baby is a Stewie
A kilo is a Brick. A quarter is a Cutie
If you telling, you a Snitch. County is ?
A Sentence is a Bid, and Prison is the Hoopski
A Shooter is a Goonie, Flick is a whole clip
On some Motion Picture shit, take you to see a Movie
A Square is a Loosey, a Pistol is a Throwaway
On a good day, ay, you can call me Juicy J
You a fake nigga, U.S.P.A. Polo with two men on a horse
That mean you niggas gay
I call my wife Sunshine cuz when I’m feeling gray
Like my son eyes, She always brighten up my day
I’m from the ? I call it The Dead Giveaway
Gotta be alert at all times, Triple A
[Hook: Boldy James]
Nicknamed Moochie. Nicknamed Moochie
I nicknamed everythang, nicknamed Moochie
(Yo, Check me out)
[Verse 2: Boldy James]

Me, I’m a Concreature, i call guns Heaters
AK is the Chopper, i call my nine “Nina”
And my Glock, E-40 and the Click
Errol Flynn’in in the spot, like Detroit, we in this bitch
What up tho? Going hand to hand is hustlin’
And of course, a Grand is a Band of Brothers
I call acting brand new ‘Frontin”, bitch please
Really, all i need is pussy, weed, liquor, brand new money
And my Revolver. Call it my Mag
If a bitch still walkin’, i call her a Stray
When i got the bird in, they callin ’em slabs
When i got the work in, I call it the bag?
Shit niggas stole from me, they callin’ it ‘Swag’
That’s a different kinda person, we call ’em a fag
I Fucked my Money Up, spent all of my cash
At the bar still splurging, they call it a Tab
[Hook] 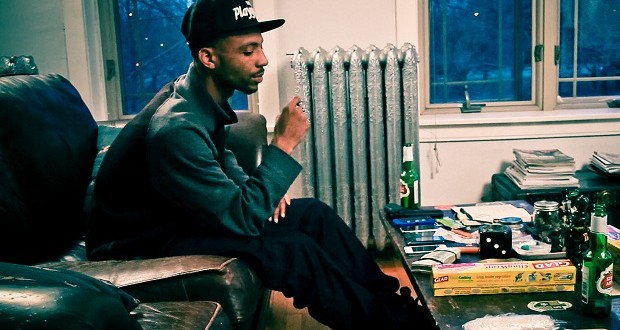