Blue Reflection is a role-playing video game developed by Gust Co. Ltd. It was published by Koei Tecmo in March 2017 in Japan for the PlayStation 4 and PlayStation Vita, and is planned for release in September 2017 in North America and Europe for the PlayStation 4 and Microsoft Windows. The player takes the role of Hinako Shirai, a ballet dancer who due to a foot injury no longer can dance, but who is given magical power allowing her to fight and move freely. The game follows a day cycle, which sees Hinako attend school and spend time with classmates, and visit another world where she fights monsters in a turn-based battle system. By becoming close friends with her classmates, Hinako can use support abilities from them in battle. The game is the final game in Gust’s “Beautiful Girls Festival” project, which also includes Atelier Firis and Nights of Azure 2. It was produced by Junzo Hosoi, organized by Keiichi Sigsawa, Yūsaku Igarashi, and Kouji Natsumi, and supervised by Mel Kishida, who also designed the characters. It is intended to be a portrayal of youth for women, focusing on the concepts of interaction between women and personal growth through sharing experiences with people. Wikipedia®. 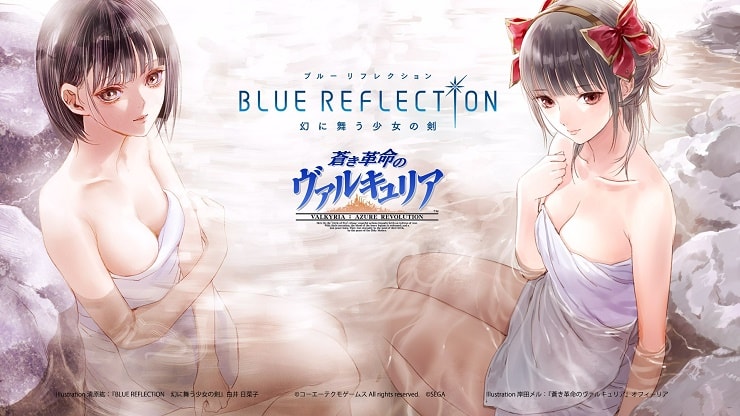 A clear summer sky spreads over the Hoshinomiya Girls’ High School. This story begins with the belated start of school life for Hinako Shirai, who has just recovered from a leg injury due to a tragic accident. The magical sisters Yuzu and Lime bestowed to her a special power to become a “Reflector”. Hinako transforms into the magical Reflector form and protects the world from devastating forces for the sake of the world, and her own dream that she thought she had to give up on.
[1] The Ordinary: School Life. During your school life, you will not only advance the story but also deepen your friendships with other students after lessons have ended and take on a variety of missions.
[2] The Extraordinary: The Common. In the Common, you will mainly search for items and fight battles in order to complete the missions you have accepted whilst at school or to resolve other student’s problems.
[3] The Extraordinary: Battles with Sephira. Repeating the cycle of school life and visits to the Common will advance the main story, eventually causing a “Sephira” to appear in the real world. Sephira appear at various points during the story, and Hinako stands up to fight them in order to both realize her own personal wish and to save the world.