As one of the most celebrated auteurs of his generation of hip-hop artists, Black Milk has conditioned fans and critics to expect the unexpected with each release. Few producers have earned the notoriety and respect he has as a musician, and when that is coupled with commanding talent as an emcee, it’s no surprise that his solo releases are met with exalted anticipation. The new full-length album No Poison No Paradise continues Black’s trend of releasing material that maintains his signature sound while pushing it into new territory.

Black Milk – Sunday’s Best / Monday’s Worst Lyrics:
[Verse 1]
Ayo, rise in the AM – early morning layin’, I just wanna stay in
I just wanna lay in – pops like “get your ass up, stop the fakin’”
“We already late, and…”
Sunday morning wakin’, fakin’ like my stomach’s achin’
Moms pull out clothes just for Sunday’s best occasion
Bowtie, no lie, church shoes was achin’
80-degree weather in a blazer, body blazin’
Already can’t wait until this day end
Just a lil’ nigga that would rather be home video-gamin’
Now we on our way in – deacon speakin’
Preacher preachin’ to that congregation, mason…
Minds wandering off, not hearing that man of the cloth
Talk about that man on the cross
Now we back to prayin’ –
Old ladies with church fans screamin’ out “AMEN!”
Lookin’ at that painting on the stained glass
Watchin’ while that collection plate pass
Tides, offerings, to me it’s all the same cash
Fast forward, got odor – a youngin’ that’s gone bad
Let me rephrase that, a youngin’ that went down that wrong path
No matter how religious moms or pops was
Steal at the counters, went to cop some
Product of that environment I was in
One I left that front door, I could’ve been out of here
Bullets flying is the norm, so most kids walk without a fear
Friends dying is the norm, so they walk without a tear
Rather tat it on their face – to who’s? Wait
While the old head is yellin’ “it’s never too late!”

[Verse 2]
Heater on the dresser, stomach growlin’
I’m thinkin’ “how can I make some dollars within the hours?”
It’s funny how them hunger pangs to your rib can
Turn a decent kid into doin’ a bid
Over stick-ups, nothing comes, so screw the consequences
I’ll throw this black hoodie on, walk into the kitchen
Grab my keys and my phone, call my mans to see if he’s with it
But he didn’t pick up, I guess I’m on a solo mission
Times hard, my God, I can’t even lie
A 9-5 is not what I’m tryna do to survive
I’m thinkin’, while on the hunt
Somebody ‘bout to stumble out of this club drunk
Without having that chain tucked
‘Bout to get that fuckin’ chain took, nigga
[Hook]
[Verse 3]
Yeah – in the club, chain hanging, swinging, wow
Baby moms is sending texts and sending threats like
“Where them payments?”
Deadbeat dad shit, I hate you in the worst way
Spend money on rose, instead of your son’s birthday
Mad quick, I told her “hold up, hold up, I’ll be there tomorrow”
Then went up to the bar to get another glass and a bottle
Okay, can’t let her ruin my high tonight, not alright
Plus I pulled this chick
With every sip she’s lookin’ more and more like the model type
Ayo, lets leave, I take her, reach for my keys
I’m stumbling out the door lookin’ for my car on the street
‘Til I see this black-hood wearnin’, staring nigga tryna stick up
Shots go off, I fell victim… damn…
[Hook] 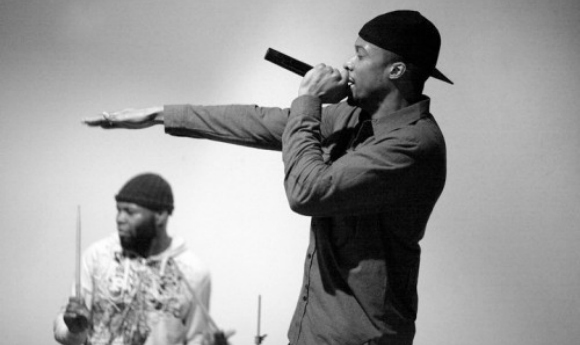