Binary Domain Trainer. Binary Domain is a cover-based shooter conceived by the Yakuza series’ creator Toshihiro Nagoshi and published by Sega in February 2012. Taking place in a futuristic Tokyo that has been besieged by a large force of hostile robots, the player is part of an international peace keeping group that is fighting the invaders. However, the robots are said to be exhibiting signs of sentience and are capable of acting like human beings, creating an ethical quandary that is said to play an integral role in the plot. On top of a 10-hour-long single-player story mode and a 4-player co-op mode, Binary Domain contains several online multiplayer modes for up to 10 players, and five player classes that can be used in these modes. In the game’s backstory, global warming had caused world wide flooding, leaving much of the world uninhabitable. This forced the governments to build new cities above the waterline, using the ruined cities as foundations. Since much of the world’s population had died, robots were used as the main labor force. An American-based company called Bergen controlled a very large majority of the world’s robotic industries, making America much more powerful. A Japanese corporation named Amada tried to sue Bergen for stealing their technology in a patent dispute. Despite the fact that Amada was the first robotics company to create the first humanoid robot, the lawsuit failed, since Bergen had a great amount of influence, This resulted in Bergen controlling 95 percent of the robotics market. World economic concerns lead to the creation of the “New Geneva Convention”, a new set of international laws. One of the clauses outlined, Clause 21, banned research into robots that could pass for humans, called “Hollow Children” in the game. A majority of the world’s countries agreed to sign the convention into law. An organization called the International Robotics Technology Association (IRTA) created a global task-force, nicknamed “Rust Crews”, to deal with breaches of the convention. 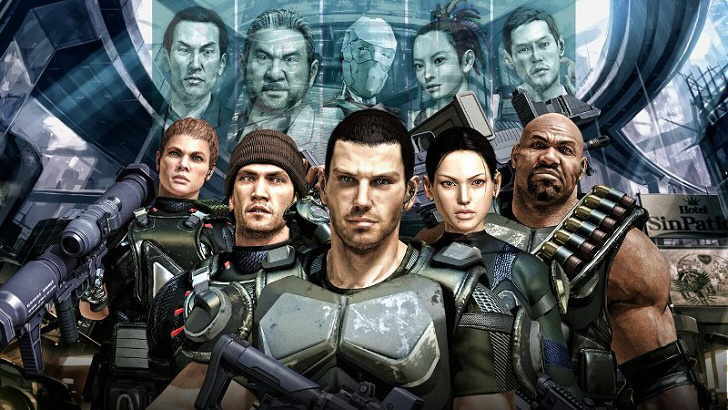