Berserk and the Band of the Hawk, known in Japan as Berserk Musou is a hack-and-slash game developed by Omega Force and published by Koei Tecmo for PlayStation 3, PlayStation 4, PlayStation Vita, and Microsoft Windows. It is a collaboration between Koei Tecmo’s Dynasty Warriors video game series and Kentaro Miura’s Berserk manga series. The game follows the story of the manga series, starting in the Golden Age Arc and ending in the Falcon of the Millennium Empire Arc. Berserk Musou is a 3D tactical-action/hack-and-slash game, set in large arenas based on various locations in the Berserk universe. Players may pick a single character to control in a large environment, where they will face hordes of demons and other monsters to slay in battle. Characters such as Guts can utilize special skills in battle called Kill-Crush Action, where characters can wipe out entire sieges with a single swing. 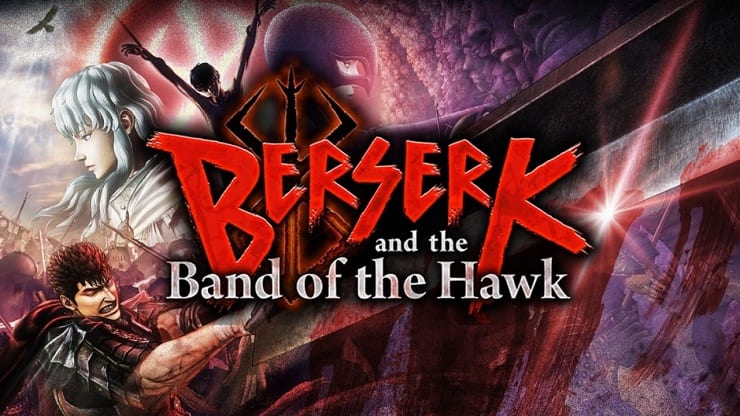 In addition, certain characters have a special Transformation ability that allows them to change forms and become increasingly stronger, destroying enemies in a single blow. For example, Guts’ Transformation Move has him don the infamous Berserker Armor, Zodd can morph into his apostle form and Griffith can smite foes as the God Hand Femto. Players can battle on multiple stages, and experience a Story Mode where they will progress through the story of Berserk from the Golden Age arc through the Falcon of the Millennium Empire arc. In this mode, players can interact with characters, partake in monstrous boss battles from the series and relive the tragic tale of Guts, cleaving through multiple apostles at a time. Some story areas will have cutscenes directly ripped from the series’ animation counterpart. In addition, players can test the highest limits of their survival in Infinite Eclipse, where they encounter endless waves of enemies until their character is overwhelmed. In this mode, any playable character is selectable and a CPU-controlled partner is available to provide assistance.

Berserk and the Band of the Hawk Walkthrough