Skip to content
Home » Music » Beni – Love On The Run

Beni’s been that way since the beginning, too, from the formidable years spent watching his father perform to the genre-jumping Avalanches gig that inspired the producer to pick up turntables and sharpen his DJ skills on school days. “I was horrible at first,” he admits, “trying to put rap, disco and funk together without realizing that a 94 BPM track isn’t going to go with a 125 one.” The crate digger kept at it, though, tightening his sets until they became fluid blends of decade-spanning dance music. The bricks that built the House of Beni, if you will. On the peak hour side of things, there’s the tunnel vision techno of “O.P.U.L.E.N.C.E.,” the head rush hooks of “Last Night,” and the gear-shifting grooves of “Yeah,” a telling look at the film score tendencies that lurk beneath Beni’s laser-like loops. Or as he puts it quite eloquently, “I know this is going to sound weird, but the outro of that song reminds me of the Boyz n the Hood soundtrack—the part where Doughboy is pouring his beer on the street.” The peaceful passage sets the stage for House of Beni’s delicate denouement—the icy keys, pressure-cooked percussion, and vaporous Via Tania vocals of “Zig Zag.” Like the rest of the record, it’s a perfect example of what happens when music is a genuine meeting of the minds, rather than an excuse to drop names and appeal to as many crossover audiences as possible. It’s also proof that you can make a cohesive album from impromptu sessions in such truly distinct cities as Tokyo, London, New York, Paris, Los Angeles, Melbourne, Sydney and Saint-Brieuc, a small town in the Brittany region of France.

Beni – Love On The Run

So while you’ll hear current and former members of the Rapture (Mattie Safer), Hercules and Love Affair (Nomi Ruiz), Van She (Nick Routledge), the Presets (Kimberly Moyes), and many, many more throughout the album’s richly textured sonic tapestry, every last creative decision makes perfect sense. That includes everything from the champagne-popping chords and mascara-smeared club kid choruses of “It’s a Bubble” (featuring legendary drag queen Sean DeLear) to a pair of Sam Sparro collabs that hint at Beni’s love of diva-led disco tunes (“High Off Your Love”) and dimly-lit R&B (“Your Body”).

Beni – Love On The Run Lyrics: 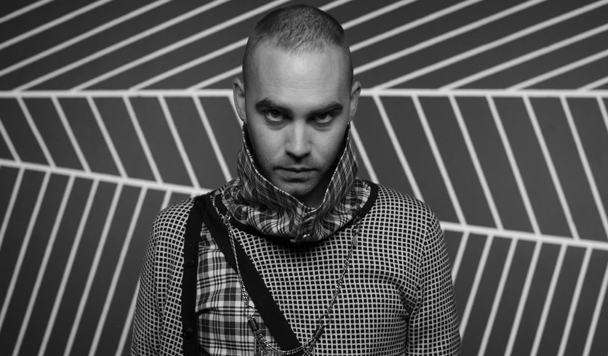