When Batya was only 10 years old she knew exactly what she wanted to do and the kind of person she wanted to become. She wanted to be an artist who expressed themselves and told their stories/experiences through music. She always believed that through honesty, loyalty and kindness you could achieve anything. She is the youngest of five but growing up she spent a lot of time alone as her siblings were all off being teens and her parents would be working. This was when she found her love for music, in her time of need for comfort music never failed to be there. That’s when she decided one day she will write songs about the things that matter so that it can comfort somebody else. But as the years went by she was afraid of pursuing this dream so she never actually did… until now. 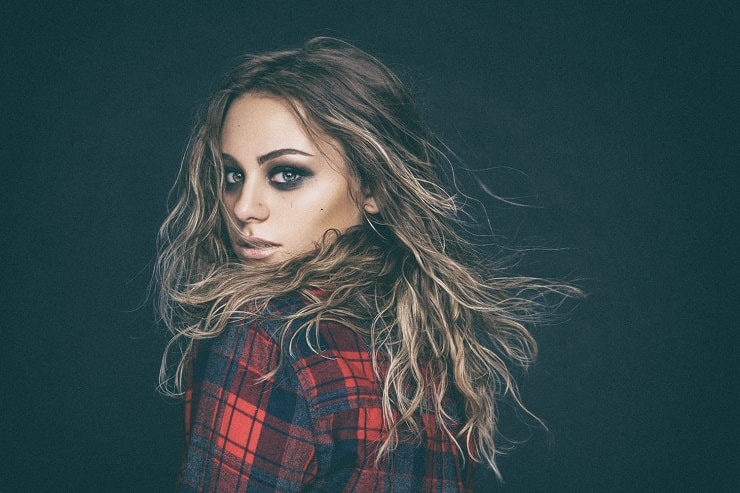 BATYA grew up with three older brother and one older sister whom she became very close with at the age of 13. At 15 her sister, Talia bought her a guitar so she can start playing. This shortly became BATYA’s secret hobby, she spent hours everyday teaching herself how to play. Winter of 2013, Talia passed away. This was the most traumatic tragedy BATYA has ever faced but she didn’t let the pain drag her down in fact, she did the opposite. She took every lesson she could from it and allowed this experience to help her grow and become a stronger person, “We are all given such a short amount of time in this world we should live every moment the way we want to and if we fear nothing we can accomplish everything.” At this time BATYA was no longer afraid of the dreams she’d kept inside.

At the age of 17 during her senior year of high school BATYA started writing bits and pieces of songs as she joined the songwriting class. It wasn’t until April 2015, that she wrote her first full song from beginning to end titled ‘New’. At around that same time she knew exactly what she needed to do. She needed to write and record either a full length album or an EP. She also knew she wanted a more experienced songwriter to get on board with her which was when she found singer/songwriter Bobby Long who was interested in her project. The two wrote a lot of songs together but it was one song in particular that made her feel very confident that this is what she’s meant to be doing. A song titled ‘I’ll See Him Soon’ about a story she never knew how to tell until this song was created. This story wasn’t necessary hers to even tell but she told it through her perspective. It’s about one of her older brothers who struggled with heroin addiction for most of her life. Putting it into a song simply felt so easy but yet so therapeutic.

This was her favorite song that they had written together so she turned to her friend Anders Fleming, and asked for help recording it. Anders and her recorded this song in his living room which he then brought that version into his band mate/friend Jase Blankfort (producer/Glint). Jase had a vision for BATYA’s lush angelic voice. Blankfort brought on his longtime collaborator, producer Jordan Lehning. By Spring BATYA was in the studio alongside Blankfort and Lehning to write and record her debut album.