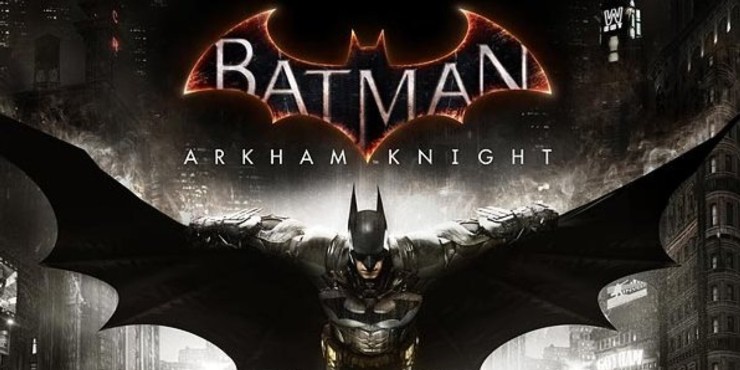 Written by Sefton Hill, Martin Lancaster, and Paul Crocker, Arkham Knight is based on the franchise’s long-running comic book mythos. Set one year after the events of 2011’s Batman: Arkham City, the game’s main storyline follows Batman as he confronts the Scarecrow, who has launched an attack on Gotham City, causing a city-wide evacuation. Aided by the mysterious Arkham Knight, an original character created for the game, the Scarecrow unites Batman’s greatest foes in a plot to finally kill the Dark Knight. The game is presented from the third-person perspective with a primary focus on Batman’s combat and stealth abilities, detective skills, and gadgets that can be used in both combat and exploration. Arkham Knight also introduces the Batmobile as a playable vehicle, which can be used for transportation or combat. The game expands Batman’s arsenal of gadgets and combat attacks and offers a more open world structure, allowing the player to complete side missions away from the primary storyline.

Gameplay: Many of the gadgets and the gameplay elements from the previous Arkham games return, including the grapnel gun, line launcher, batarangs, the countering system and detective vision. The “Disruptor” rifle can be used to disable or detonate enemy weapons and drone turrets, trap weapon crates to shock enemies who attempt to arm themselves, and tag vehicles for Batman to track. Batman can use some gadgets while gliding, such as batarangs or the line-launcher. The player can fly Batman throughout the city using his cape, with gliding now allowing for faster, longer sustained flights, steeper dives and higher climbs. The grapnel gun can now be used to instantly switch directions during a glide, as well as being fired twice while in the air to chain grapneling moves together. There is also a new batarang sensor that can be thrown out to gain intel on the surrounding area.

Changes to the combat system include the ability to combine attacks on prone enemies without interrupting the streak. Batman can counter enemy attacks and throw them into other enemies for increased damage. Typical enemies are now capable of performing a charge and tackle attack only used by larger enemies in previous games; precision timed dodging and a batarang can instantly defeat some charging enemies. Batman can now access grates from far away, allowing him to roll forward and immediately get under the grate if in range instead of having to be right on top of them while also initiating multiple takedowns from within them. Arkham Knight introduces the “Fear Takedown”, where Batman can subdue up to three enemies simultaneously as long as he remains undetected; time is slowed after each take down, allowing the player to target the next enemy. Hazardous items within the area such as power generators can be integrated into combat for environmental attacks. Batman is also capable of disarming enemies wielding items like baseball bats and using the acquired weapon on several foes before it breaks. Some enemies are armed with guns which significantly damage Batman. The game introduces “Dual Play”, in which players can seamlessly switch between Batman and Robin, Nightwing, or Catwoman while in Free Flow Combat as well as a controller rumble-driven, hacking mini game. Riddler Trophies also return. 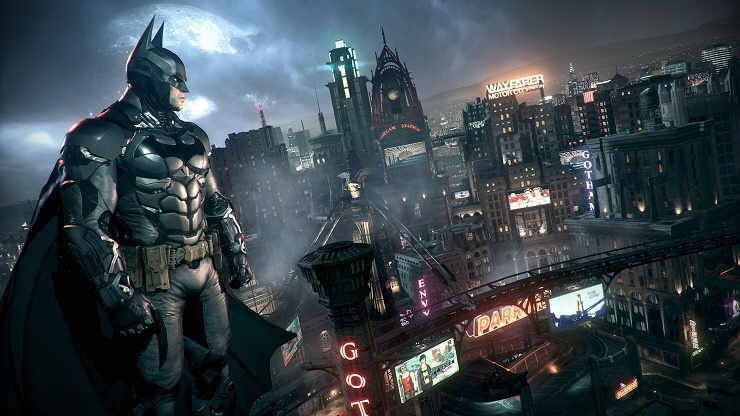 Batmobile: The game introduces Batman’s car, the Batmobile, as a driveable vehicle. The bulletproof Batmobile can be summoned to the player’s location at will while on foot, or, if airborne, the car can be sent to meet Batman as he lands. The vehicle features the ability to perform jumps, speed boosts, rotate on the spot, smash through objects like barricades and trees, and fire missiles that can immobilize enemy vehicles. Batman can eject from the Batmobile and immediately begin gliding around Gotham City. Some enemies will run away at the sight of the vehicle, eliminating the need for Batman to fight them, and enemies attacking the car can be subdued by its automated taser defenses. Like Batman, the Batmobile can be upgraded with new abilities. Riddler Trophies also feature objectives requiring the Batmobile, such as a timed race in an underground tunnel that uses radar pulses to change parts of the track. The Batmobile has two modes, which can be switched into at anytime: Pursuit and Battle. Pursuit is for moving from area to area and completing specific driving challenges. In Battle mode, the Batmobile becomes more tank than car, allowing a full 360-degree range of movement, including strafing in any direction, while revealing the multiple weapon systems on board, including a Vulcan gun for quick damage, a 60mm hypervelocity gun for tank-busting, missiles for wide-ranging damage, and a non-lethal riot-suppressor. The Batmobile can also be controlled remotely, be driven in indoor locations, and help with solving the game’s puzzles, such as lowering an inaccessible elevator with its attached winch. The Batwing can also be used in conjunction with the Batmobile. Wikipedia®