Set to lead the charge as one of Australia’s most exciting musical exports, Banoffee is the solo project of Melbourne based singer and producer Martha Brown. Her recipe of new wave, R’n’B, meshed with gliding synths, syncopated beats and textured vocals have become a staple in the electronic-pop music scene – and this exciting talent is just getting started. With a fresh and non-committal attitude to any one musical style, the Banoffee title is also the result of Brown’s complete submission to every part of her music until utter satiation. Her irresistible sound made certain that her 2014 was replete with national and international tours, awards and new music, and she’s jumped into the new year with enthusiasm. This year has already been off to a busy start with slots at Sugar Mountain Festival (Nas, Odesza, Ariel Pink) and Golden Plains (Village People, DJ Shadow/Cut Chemist), while simultaneously working on exciting new material. 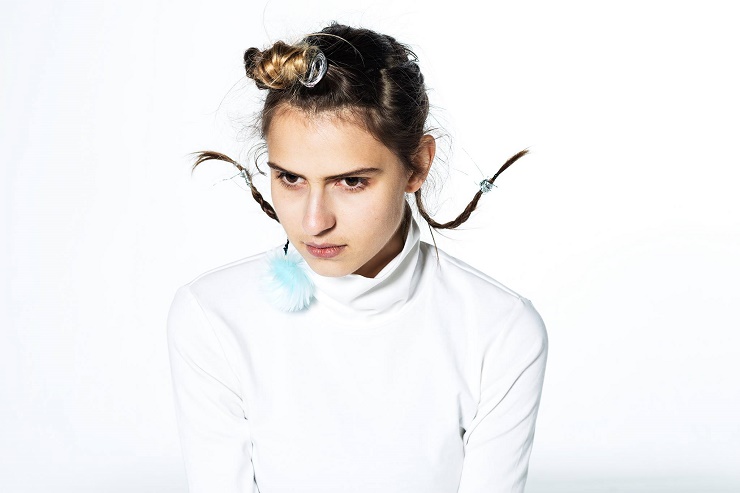 If her debut EP was anything to go by, her music gives shape to a novel sense of empowerment, with her delicate vocals combined with fierce lyrics making each of her songs a vessel for not only herself, but also the listener. Co-produced by long-term collaborator Oscar Key Sung, her leading singles ‘Ninja’, ‘Reign Down’ and ‘Got It’ defy hackneyed formulas and embody a sound that is as artistically adventurous as it is accessible. After impressing a broad range of demographics at Byron Bay’s Splendour in the Grass and even New York’s CMJ music marathon (just two among many festival appearances), her signature sound has become something her audiences crave. This has certainly been recognised, given that Banoffee was nominated in both Best Song and Best Female Artist categories at The Age Music Victoria Awards 2014. Also named among the Best of 2014 by Indie Shuffle, this year she’s envisaged as ‘one to watch’ by Tumblr and Spotify.

Not only a groundbreaking musician, Banoffee’s interests in creativity and the arts has made her an increasingly sought out style icon. Having featured in Vogue, her trademark transcends her sonic artistry. As she continues to inspire, her talent comes through modestly, while her effortless style and naturally vibrant art make her a taste you’ll grow unable to resist.

Banoffee: With Her Lyrics: