Bandleader Lance Ferguson and his nine piece Melbourne outfit The Bamboos have come a long way since forming in 2001. Initially inspired by the instrumental raw funk of the late ‘60s and early ‘70s, they made waves internationally and were quickly labelled as one of the greatest funk and soul bands of our time. But while many would be happy to simply soak up the praise and keep on keeping on, The Bamboos have proven that they are more than meets the eye; over five acclaimed albums, their evolution in sound and style has consistently confounded and exceeded expectations, pulling the rug from under the feet of those who like to pigeonhole. The band signed to respected Brighton (UK) indie label Tru Thoughts in 2005, where they remain a cornerstone of the roster. Across their five studio albums to date – ‘Step It Up’ (2006), ‘Rawville’ (2007), ‘Side-Stepper’ (2008), ‘4’ (2010) and ‘Medicine Man’ (2012) – the metamorphosis of The Bamboos has been full of twists and turns, and it continues apace. A seasoned DJ, solo producer (aka Lanu) and all-round insatiable music obsessive, Ferguson’s myriad influences and passion for pushing things forward ensure that each new release is a discovery for devout fans and newcomers alike. Their songs have been regularly on playlists of national radio stations in Australia, the UK, France, the US, Japan and beyond. The unshakable charm of their songs has also seen them licensed to hit movies including Crazy Stupid Love, the soon to be released Adore – Naomi Watts & Robin Wright. and TV shows such as Grey’s Anatomy, CSI New York, One Tree Hill, Ugly Betty and Australian shows such as Underbelly, House Husbands, Offspring, Packed To The Rafters.

Australian soul music innovators, The Bamboos, return with a genre-defying new album, ‘Fever In The Road’, released 8th November on Pacific Theatre through Inertia (AUS/NZ), with a national tour starting on 29th November. 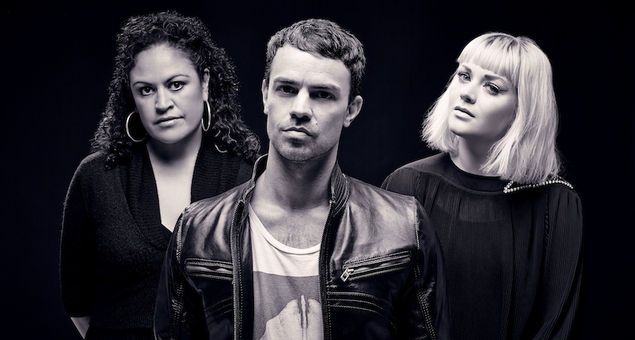