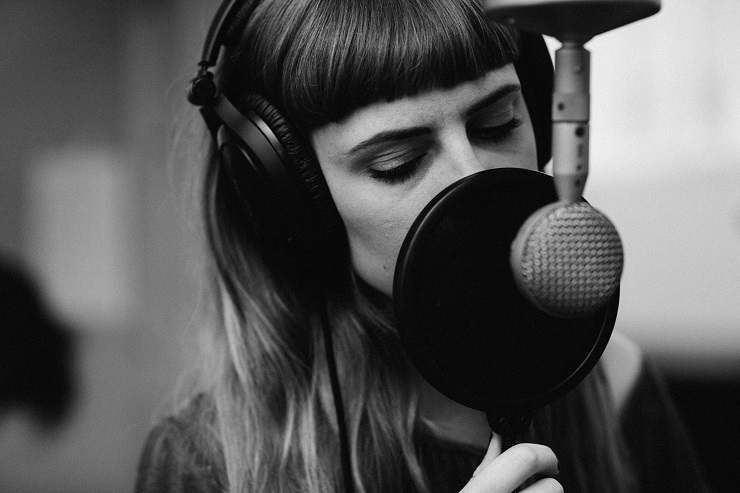 Born in Cape Town, South Africa, raised in Wellington, New Zealand, Chloë Lewer grew up too shy to ever sing in front of anyone. Instead, she spent her childhood and university years working as an actress. At age 21, she met a filmmaker who persuaded her to start a ukulele busking adventure with him in Berlin, which quickly developed into a touring band called ‘Charity Children’ with two albums under their sleeves over five years.

As the relationship turned to friendship and the band went into hiatus, Chloë sought new artistic endeavours. Teaming up with Dutch writer/producer Wouter Rentema, also the drummer of ‘Charity Children’, the pair spent the Summer of 2016 locked inside various studios about the German capital and recording synths in a disused chapel in The Netherlands, developing what would become Chloë’s artistic alter-ego:
B O K E H.

‘Don’t Leave The Fire’ feels like the diary no one was ever meant to find. The highs and lows of life and love lost are explored over a six track EP, in what is clearly a very personal musical letter. Intimate, sincere vocals, charged by an epic Electropop production with obvious 80s influences, expose B O K E H’s world and all the colourful, beautiful and painful spots of her imaginarie.