A singer, songwriter, producer, performer and bandleader, Swiss-born, Berlin-based Ay Wing has it pretty much covered when it comes to ensuring her beat-driven fluorescent synthpop is exactly as she wants it. And, primarily, she wants it so that her audience dance and her listeners are entranced. Big on retro synths, bouncy guitar riffs and dirty beats, hers is accessible electronica of the classic kind, savvy three-minute pop bangers enhanced by Ay Wing’s strict attention to the most exacting musical detail. 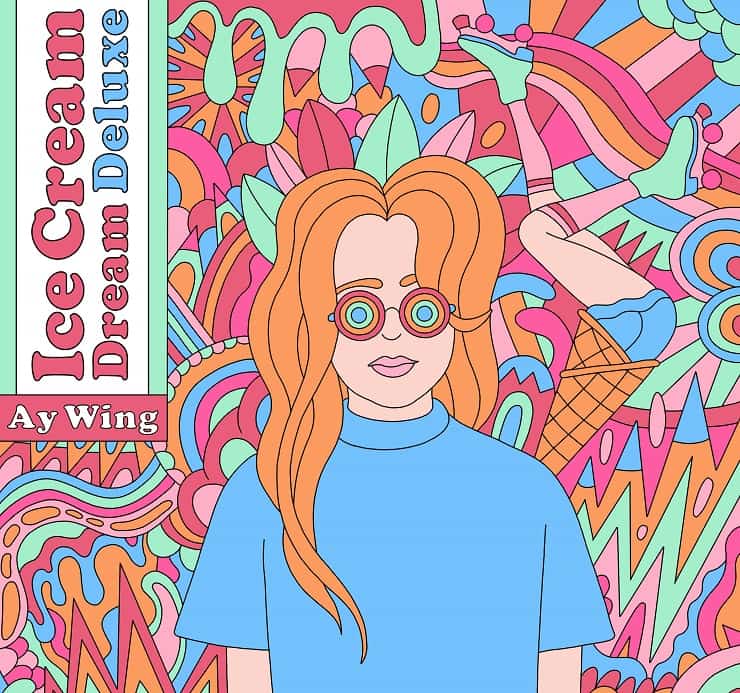 Ay Wing’s ‘Ice Cream Dream’ EP was released in the spring of 2018, and its title track is the second song to be accompanied by a full video campaign, following the much-viewed ‘Strange’. In the run-up to, and in support of, the EP’s release, Ay Wing has been prolific in her appearances on stages across Europe, from clubs to open-air festivals to sweaty live-music dens, making sure that all who see her recognise a new pop star-in waiting. And ‘Ice Cream Dream’, in all its technicolour glory, will ensure that Ay Wing will not remain in waiting for long.

Rapidly becoming known for releasing videos as colourful and whip-smart as her songs, Ay Wing’s brilliant promo for ‘Strange’ caused an online stir when unveiled this spring. The Berlin-based pop polymath has followed it with perhaps an even more memorable accompaniment to ‘Ice Cream Dream’, the title track of her EP, which pokes a little fun at the expense of contemporary fitness fads and the seriousness with which we now seem to take our leisure time. As hapless retro gym-goers contort and sweat in technicolour, what appears to be a tribute to the humble ice cream evolves into something of a more comically sensual (and, at times, downright sleazy) nature.

Appropriate to both the vivid video and the sweet subject matter, ‘Ice Cream Dream’ is a generous scoop of fresh and catchy electronic pop, with a breezy, lingering melody and a bass-driven, booty-shaking disco pulse. An anthemic, escapist antidote to the pressures of modern life, ‘Ice Cream Dream’, like a cooling treat on a sticky summer day, leaves you craving more. As Ay Wing herself says: “In an age where we’re all a little bit more stressed than we probably need to be, couldn’t we all use a little more ice-cream sweetness in our lives?”