Axe Girl are an independent four piece band based in Perth. Requests to describe their music will often elicit vague comments about pop/rock/punk influences – not because they fear commitment, they’re simply unsure what constitutes a meaningful answer and besides would much prefer people come to a show because playing and listening to music is much more fun than talking about it. Formed in early 2012 when British singer/guitarist Addison Axe came to Perth for a summer holiday – perhaps influenced by countryman (Sir) Cliff Richard’s 60’s musical, or maybe not – and decided to reign in some random locals so that she wouldn’t have to go three months without playing music. Said locals turned out to be not so random after all, being bassist Vanessa Thornton (Jebediah, End of Fashion, Felicity Groom) Perth singer-songwriter and guitarist Nat Ripepi and finally drummer Brett Mitchell whom Vanessa knew from somewhere or other. After only a month of making music together Axe was due to return home to the UK. This could have been a bit of a problem because everybody was having a really good time and the general consensus seemed to be that something rather special might be going on. Luckily it was not necessary for the other members to physically detain her, confiscate her passport or resort to bullying or emotional blackmail, because she decided to relocate of her own accord so they could pursue things further and see where it all might lead.

Axe Girl – Give Me Your Tee Shirt

Axe Girl – Give Me Your Tee Shirt Lyrics: 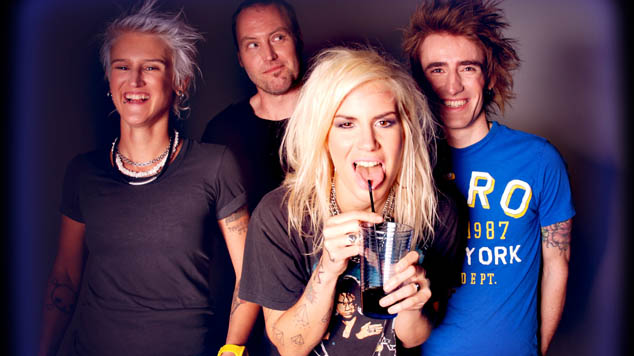