Rising electronic star Awir Leon presents his hypnotic new single ‘Sitting So High’, via French label Nowadays Records. Set for release on XXXX, the breathtaking new track will be accompanied by an equally stunning video shot and directed by the singer-songwriter near his former childhood home. Best known as one third of the Indie Shuffle-approved electro outfit UNNO, in his new solo endeavour Awir Leon conjures up charming R&B vocals, lo-fi production and a flurry of glitchy tones. Gently nodding in the post-dubstep direction of artists like James Blake and Jamie Isaac, it also finds a dark yet playful line between the spacious sounds of Airhead and the husky tones of Nicolas Jaar. Following in the footsteps of recent Nowadays successes like Sekuoia, Clement Bazin and Jumo, ‘Sitting So High’ introduces Leon as another prime example of the label’s cutting edge talent. An artist for whom mood and texture is just as important as substance, the engine behind his new track is the sheer nostalgia that it draws out, which is aptly reflected in its accompanying visuals. 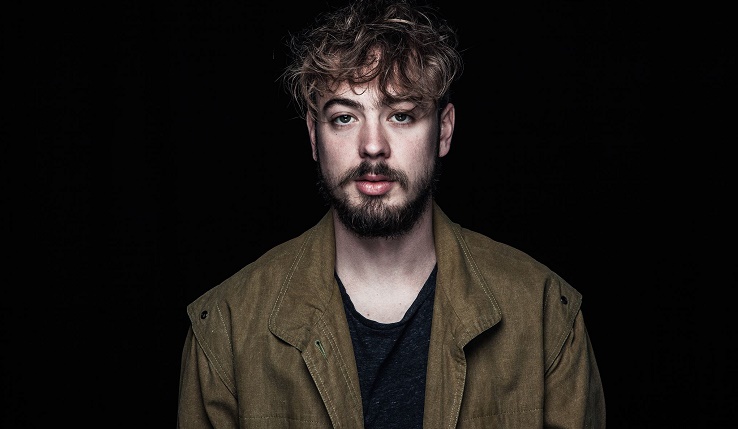 ‘Sitting So High’ will form the first episode of a three-part video series of Leon’s upcoming debut solo album ‘Giants’, set to drop next autumn. Self-directed and choreographed, the visuals signify the producer’s most personal work to date and depict him dancing around on top of a coal mountain in the North of France; his movements erratic and unpredictable, yet fluid and graceful. Shot next to the house where the French artist grew up, Leon describes the video as representing the “starting point of his life”.

As he candidly continues, “it was clear to me that this was my most intimate material so far, for the lyrics as much as for the music. I went to places I had not been able to go before, and I was happy about it, because the whole time I was trying to. So it only made sense that the videos for these tracks should be in my hands, and also because I already had the movie in mind. It was a very organic process”. Laced with rumbling bass lines, moody synths and smooth vocals that wander freely between provocative trip-hop and melancholy jazz, ‘Sitting So High’ clearly sets Awir Leon apart from his successes as a collaborator and band member. With his solo nuance of new-wave vibes and broody tones, he is surely well on his way to becoming Nowadays Records’ most exciting export of the year so far.