Autopilot is an indie alternative rock band from Saskatoon, Saskatchewan. Their latest release, Desert Dreams, encompasses a wide range of musical influence while incorporating layers of guitar effects and dynamic drum beats. The record highlights the band’s progressive style which includes captivating pop hooks, memorable vocal lines, and out of the ordinary touches like a bow used on the guitar. Desert Dreams was produced, recorded and mixed by S.J. Kardash at Full Color Studios in Saskatoon and mastered by Dave Greenberg at Sonopod Mastering in St. Petersburg, FL. The band previously worked with Kardash on their last full length record, Diamond Rough, in 2013 and their first EP, The All Divided, in 2005. 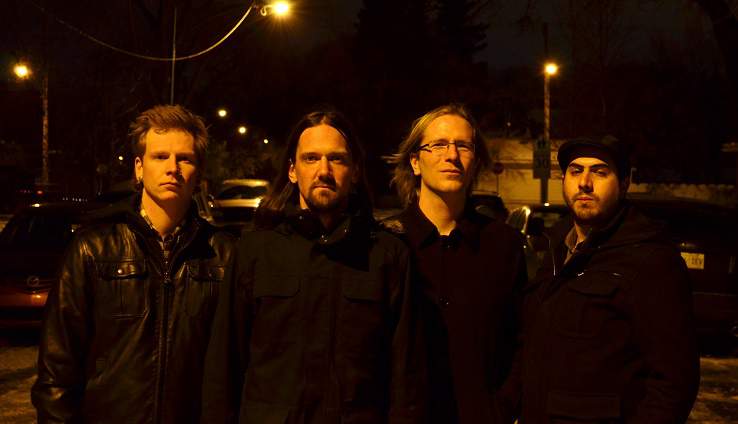 The week of its release, Desert Dreams debuted in the National Top 50 Earshot charts and was added to SiriusXM’s Iceberg Radio. The EP has also charted on CMJ reporting stations across North America and has been featured on some prominent blogs including Largehearted Boy, Ride the Tempo and Bearded Gentlemen Music. Following its September 24, 2013 release, Diamond Rough has charted on Earshot charts (Canada) and CMJ stations (USA) including the top of the charts in several US cities. Songs from the album have been featured on commercial rock radio, including a five day run on Toronto’s 94.9 The Rock’s Indie at 8 and popular American podcasts including Mike Kara’s Eye on the Nation and Radio Crystal Blue. The album has also received play on CBC Radio and major US television networks. Diamond Rough gained the band a great deal of coverage from print and online media across North America. Autopilot’s first full-length album, Now It’s Time You Know What You’re Losing For, produced by Joel Passmore of Rah Rah, was released in 2007. Autopilot toured extensively to promote the album, which sold thousands of copies worldwide, charted on college radio and received great response from the CBC.

Autopilot has always been a dedicated touring band and plan to be on the road throughout North America consistently starting in the summer of 2015 to promote Desert Dreams. Touring has taken the band across the United States and coast to coast in Canada playing a variety of venues from small clubs to major festivals including MoSoFest, Junofest and Canadian Music Week. Autopilot has shared the stage with notable artists including Hollerado, You Say Party!, Sylvie, David Usher, Highkicks, The Albertans and The Tontons.