Assassin’s Creed Chronicles: China features the Chinese assassin Jun in 1526, during the downfall of the Ming Dynasty. As the last remaining Assassin of the Chinese Brotherhood, Jun returns to her homeland with a vendetta. Newly trained by the legendary Ezio Auditore, she is hell-bent on exacting vengeance and restoring her fallen Brotherhood. Reportedly, a sketch of Shao Jun was the inspiration for the game, as well as the other Chronicles games, and the basis for the design of the world. Take your adventure beyond France to the Far East in Assassin’s Creed Chronicles: China, a standalone side-scroller set in 16th century China starring Shao Jun, a fan-favorite from the Assassin’s Creed Embers animated movie. Trained by Ezio Auditore, Shao Jun has returned to Beijing as the last remaining Assassin of the Chinese Brotherhood. Hell-bent on revenge, she will strike out against those who destroyed her Brotherhood. Experience an entirely new setting for the franchise in a beautifully stylized world inspired by traditional brush paintings. Shao Jun’s powerful martial arts skills and new Assassin gear like the Jian Sword and the Foot Blade will allow her to eliminate her targets from the shadows or take on groups in all-out combat. Explore legendary landmarks like the Great Wall of China and the Forbidden City and encounter famous historical figures in this 2.5D adventure. 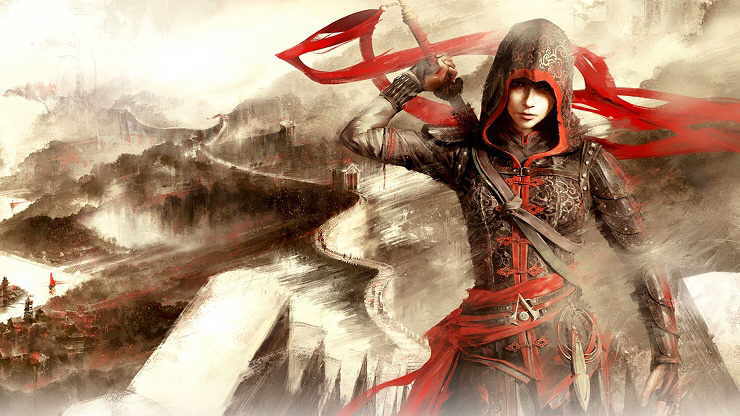