Alyssa Marie was born into a large extended Lebanese-American family on April 2, 1989 on the south shore of Massachusetts in Brockton. She grew up working alongside her family in the agricultural business they have built up over the last 75 years. Working from such a young age instilled a work ethic in Alyssa that could not be taught in a classroom. Lebanese families are notably close-knit; however, working together with them fortified her bond with her family, something that she feels has carried her through her toughest times. Ever since she learned how to write, Alyssa Marie could be found revealing her thoughts and feelings through poetry. Her work was published in various anthologies early on, but Alyssa didn’t discover true validation for her writing until later on in a slightly different avenue. Although she claims she cannot sing, Alyssa has always loved music, especially Hip-Hop. Her love for poetry gradually transformed into a passion for rap, and by the age of 15 she had recorded her first verse. She bounced around between the low-budget home studios of different friends, recording verses whenever the opportunity presented itself. 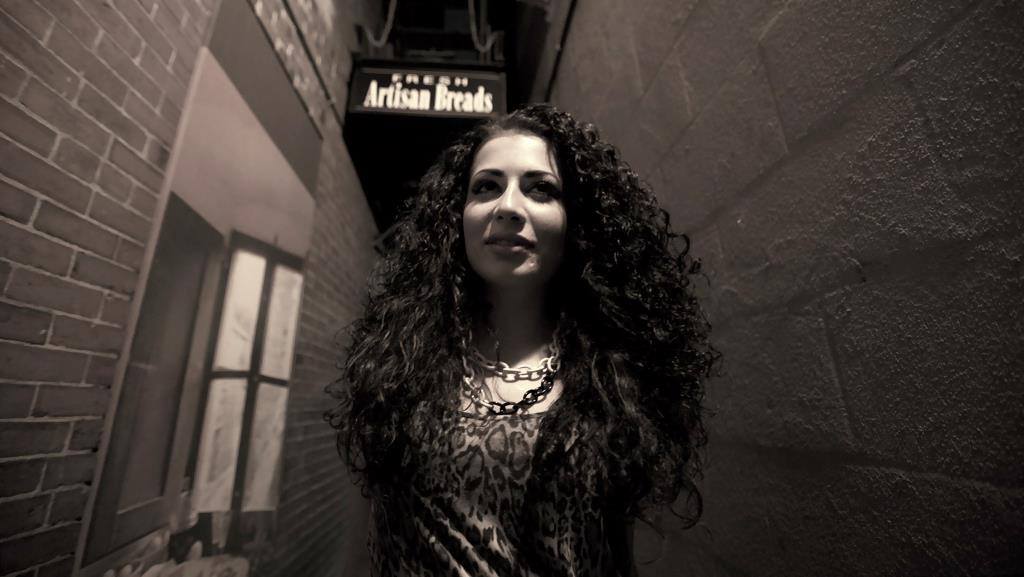 Alyssa Marie’s first investment toward her music career was a $50 microphone she paid for at the age of 16 so she would be able to record her own work from home. At the time, a career in rap seemed unimaginable, but this was far more than a hobby. Her work quickly became her life. Unwilling to sacrifice her career, Alyssa made the difficult and risky decision to drop out of college and give all of her attention to her music. In late 2009, Alyssa Marie’s work ethic and focus paved the way to her arrival on the music scene. She began producing and posting her videos on YouTube and people took notice. She also began entering a mixture of contests and online cyphers to really grow her buzz. In 2010, Alyssa released her first project, “Welcome Home.” While Alyssa says her immaturity as an artist is apparent in this mix tape, she still feels a strong connection to it. “Welcome Home” represents an arduous time in her life, something she never wants to let herself forget; more importantly, though, it symbolizes the starting point of her career in music. As her fan base grew, Alyssa began compiling the verses she had recorded on YouTube into one cohesive project, “5 More Minutes.” This title represented Alyssa’s belief that her listeners were merely sleeping up until this point. This compilation gave her fans 5 more minutes to “press the snooze button” before she would wake them up with new music that was soon to come. As of 2012, Alyssa Marie’s YouTube page had attained over 1.9 million views and captured over 28,000 subscribers. She has been featured on Worldstar Hip Hop with cosigns and collaborations by some of rap’s underground legends. Continuing to create new music for her growing fan base, Alyssa Marie also marked the release of “HeartBeat,” her first fully original project, in May, 2012. Starting out with the intentions of creating a 5 track EP, this project grew to an 11 song, full-length project and was completed in under 3 weeks. While this may have been written and recorded in an incredibly small window of time, Alyssa feels this is her most complete project to date. Only time will tell where Alyssa Marie’s music will take her.

Alyssa Marie – Close Lyrics:
I’m so close, I can see solid ground
Nowhere I won’t go, not a feat out of bounds
Nothing to lose, I lost it all,
Nothing to prove, nowhere to fall

So here we are, the first step of the stairway
I’m already caught up in what’s next and I’m scared straight
’cause in a weird way, I still expected a fair play
Despite all my opinions I’ve collected from hear-say
A cleared slate, let’s start to fill it up
Drop the chalk and picking up a permanent marker, an artist in the rough
Dusting off the dirt, show the rawness building up
When they see the blood it pumps, they’ll see my heart is real enough
But I won’t die to be appreciated, I wanna be alive to see their faces
The day that I finally reach a nation
Take the time to breathe the day in
Building castles inside of the desert sand while tryna find my green oasis
Take the reigns and write my story in ink
Open eyes if life is over and done before we can blink
We sit on the brink of glory, a lot more than we think
Just gotta make priorities sync

I’m so close, I can see solid ground
Nowhere I won’t go, not a feat out of bounds
Nothing to lose, I lost it all,
Nothing to prove, nowhere to fall

Grand scheming, standing between the land and the sea
Thinking “neither captain nor driver’s the destiny planned for me
I’m a pilot” sampled a piece of the sky’s ambient freedom
and knew the second I landed I’m finished planting my feet
Never bite the hand that feeds me, I got low tolerance for pain
Never realized all of the dirt that was washing off the rain
When I prayed for the sun, thankful it’s done but happy it happened
The day’s gonna come that I’ll say the same for the chapter passing
So I’ll wait, as I’m mastering the art of picking battles
I learn the difference between taking shade and living in shadows
I traveled along the barrier, finally ready to cross
They’ll throw confetti when the stones get too heavy to toss
Through the loss, I gained more, was afraid of them waging war
But if they’re gonna do it then what the hell are they waiting for?
I’m here, in the same place as before, all that changed
Is I got nothing lose but all to gain

I’m so close, I can see solid ground
Nowhere I won’t go, not a feat out of bounds
Nothing to lose, I lost it all,
Nothing to prove, nowhere to fall.

I’m so close, I can see solid ground.
Nowhere I won’t go, not a feat out of bounds.
Nothing to lose, I lost it all,
Nothing to prove, nowhere to fall.