Algebra (Algebra Felicia Blesset, born in 1976 in Atlanta, Georgia) is a contemporary R&B singer. Blessett’s mother was a gospel singer[1] and bass player, and she grew up to the sounds of soul music, gospel and R&B. Like many R&B singers, she sang in a gospel choir when she was in school. As an original detail, however, she has added in interviews that this was not so much out of passion, but rather because she was not good at sports anyway, and wanted to stay after school with her friends. Blessett started doing background vocals, among others for R&B artists Monica and Bilal. This earned her a contract with Rowdy Records in Atlanta. She has toured with Anthony Hamilton, and collaborated with India.Arie. At a later age she learned to play the guitar, and started to do her own gigs in the Atlanta club scene. She writes her own songs. Blessett released her first single “U Do It For Me” on the Kedar Entertainment label in 2006. She released her first album titled Purpose in 2008. The new single was called “Run and Hide”, and is about men’s shifty intentions. Her music can be labeled contemporary R&B, neo-soul or underground soul. It has some jazz, gospel, and even rock influences. Wikipedia®. 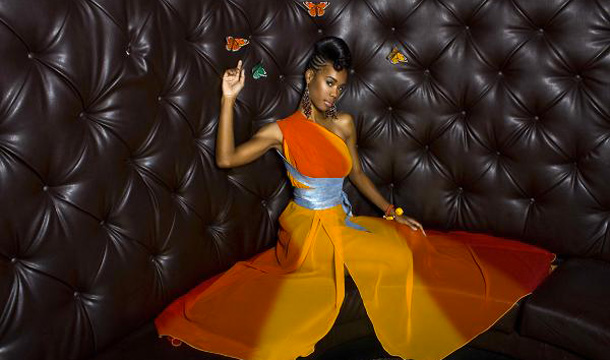