The up and coming “rugged pop” artist Alexa Ferr was born in 1995 and raised in Toronto, Canada. At just the age of 18, she has already experienced many opportunities in the business including participating in local singing and dance competitions, as well as recorded demos in both her hometown and Los Angeles, CA. As a triple threat, Alexa often finds herself expressing her love for music by writing songs and recording. Her other passion includes dance, which she trained competitively for 8 years with a background of jazz, tap, ballet, hiphop and contemporary, as well takes acting classes and auditions from her two amazing agencies, one from her hometown, Toronto with Fulcher Agency and in Los Angeles with Schuler Talent. Alexa Ferr attended St. Elizabeth CHS for the Performing Arts, and participated in many of the school’s talent shows. Back in January 2009, thanks to Fulcher Agency who sent Alexa to L.A to participate in the I.M.T.A Talent Convention Show for singing and acting, which lead her to a few call backs from Music Producers from L.A. and New York. This is truly when her music career began to take off. With the support of her parents, they flew back to L.A a few months later to record her first demo album. Later on, that year she was signed for a single deal with Dauman Music/Universal Music Group and recorded her single called “Fell” which featured Matthew “Mdot” Finley, one of Disney’s Camp Rock 2 stars alongside the Jonas Brothers and Demi Lovato.
Alexa Ferr – Lipstick On The Glass EP

Alexa Ferr also had the amazing opportunity to perform her single “Fell” in venues such as The Viper Room in West Hollywood, the Tiki Bar in New Port Beach, CA, etc. Her biggest dream is to express to the world her love for music, and hopes to one day be as successful as her biggest influences, which include some of the world’s biggest music stars such as, Rihanna, Michael Jackson, Brandy, Aaliyah, Jojo, Lady Gaga, Demi Lovato, and many more. Alexa Ferr still continues to live out her passion for singing, and writing songs, and just recently recorded her first EP with songwriting and production duo, The Invaders. Collectively they have worked in the studio over the late summer of 2012 and early 2013, recording, writing and producing songs. Alexa Ferr is preparing to release her first EP entitled “Lipstick on the Glass.” With her debut video shot by world renown celebrity photographer and director, Walid Azami, her dream of becoming a worldwide superstar is beginning to be recognized. 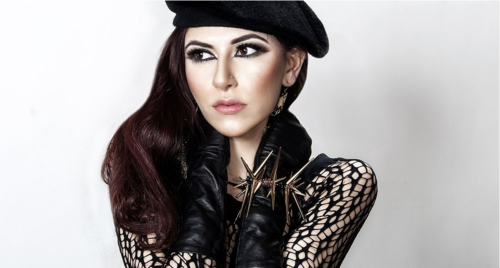