It takes only a few moments of conversation with the prodigiously talented composer/vocalist Adaline to be drawn in by her insightful intelligence and charm. It takes a similarly brief length of time when listening to the powerfully evocative, darkly cinematic and ppercussive poetic melodies of her music to experience another side of the artist – one that is intensely revelatory, emotionally unbound and searing in its honesty. Like a modern day torch singer. A successful and prolific composer of music for film and television the Toronto based Adaline has had music licensed more than sixty times including multiple songs on Grey’s Anatomy, 90210, Ringer, Lost Girl, Flashpoint and The Samaritan starring Samuel L. Jackson. She also collaborated on the score for the Bret Easton Ellis written film The Canyons with Brendan Canning of Broken Social Scene. 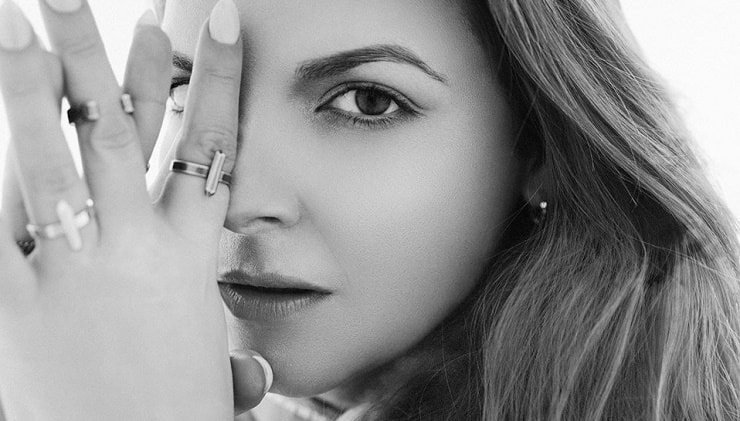 Adaline returns with a new collection of songs aptly entitled Aquatic coming out worldwide June 2, 2017. Conceptualized on the ocean it lyrically serves as a metaphoric baptism – that of starting over. Aquatic is a journey through the darker side of love. It speaks to the unending search for real connections in a world where such a notion is riddled with cruel falsehoods and misplaced expectations. “We are living in a time where people are so afraid of connection. It makes them run and hide. Love can’t thrive in that kind of environment,” says Adaline. “I attempt to love freely. This is terrifying for people because I throw myself into it without overthinking.

For me, it ends up in weither a true connection, or in devastating heartbreak. But when the latter happens at least I can make some honest art,” she muses. The lead single “Entertainer” is one of the more pop-oriented tracks on the album, with an energetic tone and tempo that belies the cynicism of the lyrics. “I don’t need another person to merely entertain me romantically. I’m looking for a little bravery. I find it a common sentiment in my generation: we’re looking for something just a little more profound.”

Adaline: Entertainer Lyrics:
When you hold her like you’re paralyzed
You say you’re just a pretender
And how you couldn’t stay with her
Now you’ve gone to see what you can find
Well I’m the perfect distraction
Just an honourable mention