When a house music legend like Roger Sanchez names his Breakthrough DJ/Producer of 2009 (DJ MAG), it’s time to sit up and take notice – meet Abel Ramos. Born in February 1973 and raised in Madrid, Abel started DJing at a local club, aged just 15, playing anything that was synth-driven from Human League to Nitzer Ebb or Acid House. It didn’t take long for Abel to establish himself as one of Spain’s most talented DJs, catching the ears of thousands along the way and winning awards such as Best National DJ from Spain’s answer to Mixmag, ‘Deejay Magazine’, gaining top gigs for the likes of Sensation, Rock In Rio, Global Gathering, and frequenting places as far afield as Australia. Abel has also established his SOLO event, which now attracts over 5000 people to the yearly show. Not content with just playing the music of his heroes to local fans, Abel started producing music, which meant his sound could now reach audiences outside of the Spanish borders. It wasn’t long before Abel’s hard, techy beats were catching the attention of producers and labels throughout the world, including Swedish hotshot Axwell, who signed one of his first productions, ‘Rotterdam City of Love’ to his label, Axtone, after hearing the track being played in a club in Madrid. This track really opened up Abel’s sound to a generation of new producers: the groove just worked on the floor and everybody wanted a piece of the action.

Axwell was also instrumental in getting Abel’s remix of Fatboy Slim’s ‘Right Here, Right Now’ signed to Skint, as the Swedish House Mafia were playing it continuously in their sets. Soon label head of Skint, Dave Philpot, was being bombarded with requests to license the track and he requested a copy to play to Norman Cook, who liked it so much he decided to give it an official release. Then when Abel didn’t think it was possible for things to get any better, an email arrived in his inbox from David Guetta, expressing how much he liked his work and asking him if he would be interested in remixing two of his tracks, ‘When Love Takes Over’ and ‘Sexy Bitch’. Both went on to sell thousands of copies around the world, making Abel one of the most in-demand remixers in the world. This was a defining moment in Abel’s career with the transformation into an international artist in demand as a producer and DJ. With all the above already to his name, like the S-Man predicted, Abel is more than capable of making it to the top.

Abel Ramos vs Shawnee Taylor – Balance Where You Are Lyrics: 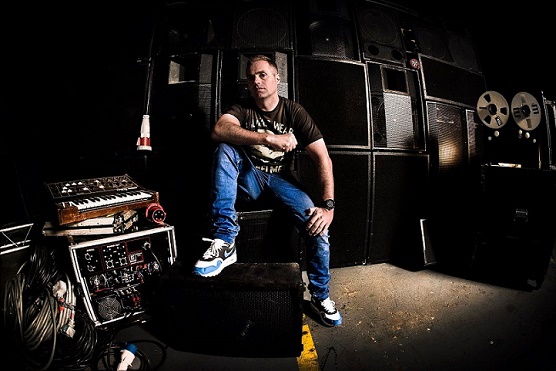