90 Pounds of Pete – Promiseland. 90 Pounds of Pete is the exciting new project being undertaken by Peter Martin, a New Orleans-via-Chicago songwriter who, after spending the past several years playing and touring in indie rock bands, has refocused his attention on creating a series of electro-pop party anthems that are finally ready to be shared with the world. The origins of the EP he is now set to release began in Spring 2012, when Peter joined forces with engineer and co-producer Adam Stewart to turn songs conceived on an acoustic guitar into full-blown electronic productions. Since then, the two have spent countless hours locked inside their makeshift bedroom studio using Peter’s pop sensibilities and Adam’s extensive recording experience to turn a couple rough demos into a four song EP with a sound that transcends the constraints of the environment in which it was created.

The final result is a set of songs that reflect Peter’s unique circumstances of living in two major cultural centers, growing up in the 1990s, and possessing a genuine and undying love for the world of pop music. These factors and others have inspired the creation of a bold new artistic concept, one that eschews contemporary standards of a distinction between indie-rock authenticity and pop star ambition to culminate in the finished product before us now. That is 90 Pounds of Pete. 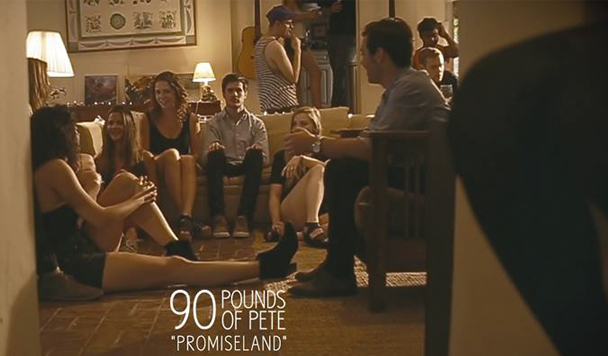