Hip-hop MC and producer Tha 4orce is set to release the third single ‘Wild Wind That Blows’ from his forthcoming album ‘Setting Standards’ on the 6th March. The track features Cyclonious, a rising emcee from East London, as part of the album’s aim to showcase the talents of the UK hip-hop scene by featuring 11 supporting artists. ‘Wild Wind That Blows’ kicks off with a jazz trumpet sample, swinging luxuriantly over a smooth bass and head-nodding beat. Cyclonious wastes no time in making his mark on the track, peppering the rich production with a potent flow and meaningful lyrics as he raps “stand for something, stand strong and fall for nothing”. Fluttering synth samples are interspersed throughout the track, producing a lo-fi, daydream-like vibe reminiscent of golden age hip-hop, complete with scratches and rich strings to bring the track to a close. ‘Wild Wind That Blows’ sees the fierce duo take aim at today’s society in which the government and the police appear to have too much control over people’s lives in a rapidly changing world; sending a message to stay true and forge an honest path. 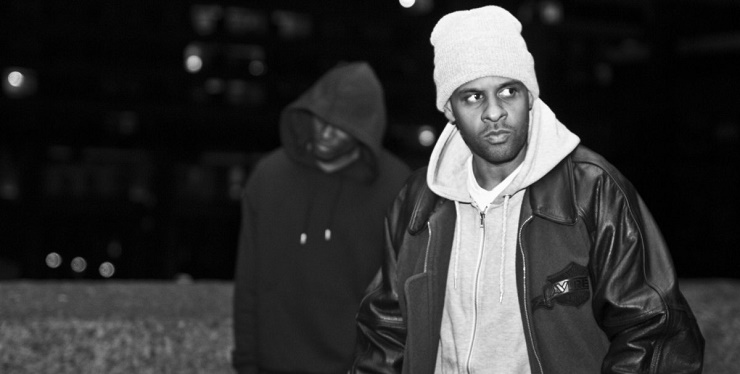 The accompanying video sees the duo take a break from the concrete jungle and embrace the UK shores. As Cyclonious spits his bars and Tha 4orce provides the beat, the visuals span along the shore with tranquil shots of the duo amongst the beautiful scenery repping their branded ‘Hip Hop Movement’ t-shirts. From the streets of Gambia, to the hustle of East London, Cyclonious began writing bars at the tender age of eleven, channeling the lyrical prowess of hip-hop greats such as KRS-1, Wu-Tang Clan and Tupac. The fearless MC doesn’t hesitate to speak his mind and combines a love for his culture with thought-provoking lyrics, winning him support from esteemed online platforms such as SBTV and Bonafide.

Speaking about the album’s aim, Tha 4orce explains: “The aim is to now inspire a new generation of youngsters, musicians, beat makers, MC’s and DJ’s, learn your craft, be the best at it, concentrate on your craft of being creative and inspirational for the culture, as opposed to having an attitude of creating to make money or seek fame.” As well as inspiring the new generation, Tha 4orce also has more immediate goals in mind; by collaborating with Aerosoul clothing, he wishes to promote the ‘Hip Hop Movement’ as a brand, to create a fusion of high quality music and high quality threads.

Filling the void with music that he feels the current UK hip-hop scene is lacking, ‘Wild Wind That Blows’ comes as a refreshing piece of work and the perfect way to help cement him as one of the pioneering artists in the British music scene. “Be original, don’t do the same thing as everyone else, always set a high bar level, shine and continiue to keep setting standards” – the perfect quote to sum up the musical ambition of the hip-hop veteran.